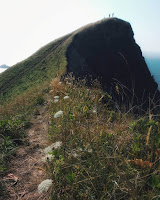 Journeys come in all forms, don’t they? Actual road trips, relationships, careers, birth, adoption, illness, healing, even hobbies. Sometimes we embark on journeys of self-discovery, emotional or spiritual. Often we’re aware of the journey lying before us before we take that first intentional step, though rarely do we have the smallest inkling of all that awaits us around each bend; delights, surprises, joys, disappointments, challenges, triumphs—and at last our destination, though perhaps not the destination we anticipated at the outset.

Getting married at eighteen was an intentional journey (30 years ago tomorrow, as I write this post). Starting my first novel when I was twenty-two was an intentional journey. Moving from the east coast to Oregon with my husband when I was twenty-four was another. Being diagnosed with cancer at thirty, however, wasn’t one of those journeys I’d have chosen to take, yet it proved to be a journey of impact like no other before it.

The type of cancer I had, Hodgkin’s Lymphoma, isn’t usually difficult to cure these days. Mine was caught relatively early on and true to doctors’ predictions, after six months of chemo and radiation I was pronounced all clear. And have remained so for nearly nineteen years. All clear. Only… not.

This cancer experience might have been a brief detour in my writing journey save for one side effect to the treatment I never saw coming. Chemo fog, or brain fog. It descended during chemo and didn’t lift for nearly five years. Five years in which, still unpublished but intentional about changing that, I spun my wheels in an ever more dispiriting mess of words that simply wouldn’t come together to do what I was once able to make them do… create a story with a beginning, middle, and end, full of characters living out their own emotional, physical, and spiritual journeys that I would bring—through much trial and challenge of course—to satisfying conclusions. My brain wasn’t able to do the work anymore and trying to force it to do so left me frustrated, exhausted, and bereft, feeling I’d lost a vital part of myself.

Until I came at last to a point of surrender. My will for God’s will—for I believe He’s the one in control of all that concerns me. I stopped trying to write. I took up other forms of creativity. I allowed myself to play. I found patience with my limitations. And gradually, with time, that fog did lift and I wrote another book and it became my first published novel.

Maintaining hope in a season of waiting is a theme in my latest release from WaterBrook Press, Many Sparrows, one that obviously still resonates with me so many years past that difficult journey of waiting through chemo fog. You’d think I’d have learned well not to fret in such seasons, but so often I need to be reminded of what I already know. That sometimes the hardest journey to take is one of standing still, but that’s no less a journey than one in which every step is laid out before us and we are free to step along lively.

And then there are those journeys we don’t even recognize until we’re some distance down the road. About a year ago I embarked on such a one. Before I began writing that first novel at twenty-two, I’d had a lifelong passion for painting and drawing. I attended art college for two years and had even begun a career as a wildlife painter. Then the writing bug bit.

The life of a published writer is, I’ve since found, far more demanding creatively than painting ever was. After a few published novels I found myself hovering dangerously close to burn out. About that time, through a friend with a passion for landscape photography, I discovered Instagram and the many photographers sharing their work through that venue. I had a little Kodak Easy Share camera gathering dust and had just purchased my first smart phone. I thought, “I can do this!” 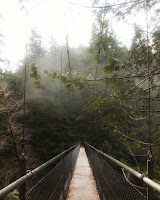 Thus began that unexpected journey. Along the way I’ve discovered things about myself and rediscovered others. I have a sense of adventure. I’m not afraid to hike new trails alone. I live in the Pacific Northwest, an area that is proving inexhaustible in its beauty. But I think the greatest and most unexpected blessing has come in learning to edit my photos after the joy of exploring and taking them; that young artist I used to be has woken up. I’m painting again, just with pixels instead of paint.

Where will this photo journey lead me? I don’t yet know but sense it’s leading somewhere. And that’s part of the thrill of journeys. The unknown. But don’t you want to go just a little farther, see what lies around the next bend?

Lori Benton’s novels transport readers to the eighteenth century, where she brings to life the Colonial and early Federal periods of American history. When she isn’t writing, reading, or researching, Lori enjoys exploring and photographing the Oregon wilderness with her husband. She is the author of Burning Sky, recipient of three Christy Awards; The Pursuit of Tamsen Littlejohn;Christy nominated The Wood’s Edge; its sequel, A Flight of Arrows; and her latest release, Many Sparrows. Her Social Media Links are Website http://loribenton.blogspot.com/  Twitter https://twitter.com/LLB26
Facebook https://www.facebook.com/AuthorLoriBenton/
Instagram https://www.instagram.com/lorilbenton/

Email ThisBlogThis!Share to TwitterShare to FacebookShare to Pinterest
Labels: A Flight of Arrows, Burning Sky, Lori Benton, Many Sparrows, The Pursuit of Tamsen Littlejohn, The Wood’s Edge