Resonance in Writing Fiction, Part One 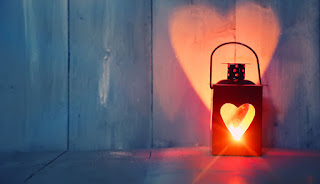 My recent release, THE MEMORY OF BUTTERFLIES, resonated with me in many ways, and more strongly than my prior novels. Writing it was an amazing experience and I wanted to share my thoughts about it—lots of thoughts—thus I’m sharing them in this two-part post, and I hope some of them will resonate with you.

Resonance? What is it? For story lovers, whether as a reader or writer, resonance happens when something of shared significance or mutual interest connects a story and a reader (or writer) and evokes strong emotion or other internal responses. Because humans have many common experiences some story details or elements are more likely to evoke resonance, but resonance is often accidental or unpredictable.

What draws a reader into a story and keeps them reading despite life’s demands and distractions? Something in the story resonates with them, causing them to invest themselves in it and read to the end, perhaps lingering over it for a while after the last page is turned.

For the author, what compels them to continue crafting a story regardless of the angst and obstacles inherent in the writing process? Again, I think resonance must be part of the answer.
I was an artist. In middle school and high school, I spent every study hall and free period in the art classroom. I double-majored in studio art and art history in college. I liked to draw in pencil and paint in oils, and each piece of artwork felt like a story—almost a small world I’d created even though it was constrained by a flat surface. I worked in three dimensions, too, in clay, both on the wheel and in hand-sculpting, but after I left school working with clay became difficult because it was hard to get access to a potter’s wheel and a kiln.

Many years ago, my husband and I lived in Louisville, Kentucky. Our children were toddlers at that time. I was fortunate our home was near a pottery studio where I could buy clay, rent time on a wheel, and pay to have the clay works fired in their kiln. I did this in the evenings while my husband stayed home with the children. It was glorious. But we moved a lot. Before long, we left Kentucky for somewhere else and during a subsequent move most of the pots and other clay works I’d created there were shattered by a careless packer.

Fast forward a decade or two to when I stopped painting and started writing, and then jump ahead a few years more to the day, over a year ago, when the words for THE MEMORY OF BUTTERFLIES started flowing. Hannah Cooper showed up at my desk that day. [Yes, she’s fictional, but she showed up nonetheless.] I wondered where she lived and how she lived. Who were her people? What did she care about? I heard her story and the beginnings of her voice. But she needed something concrete to show the core truth of who she was—a creator, a caretaker, yet a loner. That’s when I saw her bending over a battered potter’s wheel in an old cabin—the same cabin on Cub Creek where her female line had been creating pottery for generations. She was throwing a pot on the wheel that her grandfather had given her as a teenager. As she leaned over her work, her long, dark blond hair cascaded forward and across her arms. I watched every movement, but her focus was so great I felt invisible.  [To be continued on Monday, October 23, 2017]

Grace Greene writes women's fiction and contemporary romance with suspense. A Virginia native, Grace has family ties to North Carolina. She writes books set in both locations. Please visit Grace at www.gracegreene.com and sign up for her newsletter there.The Emerald Isle books, BEACH RENTAL and BEACH WINDS, are set in North Carolina where "It's always a good time for a love story and a trip to the beach." Or travel down Virginia Country Roads in KINCAID'S HOPE, A STRANGER IN WYNNEDOWER, and CUB CREEK and "Take a trip to love, mystery and suspense. Her most recent release is THE HAPPINESS IN BETWEEN and her next will be THE MEMORY OF BUTTERFLIES was released on 9/5/17 BEACH RENTAL, her debut novel, won the Booksellers Best contest in both the Traditional and Best First Book categories. BEACH RENTAL and BEACH WINDS were each awarded 4.5 stars, Top Pick by RT Book Reviews magazine. Grace lives in central Virginia. Her Social Media links are: Website  Twitter  Facebook

Email ThisBlogThis!Share to TwitterShare to FacebookShare to Pinterest
Labels: A Stranger in Wynnedower, Beach Rental, Beach Winds, Cub Creek, Grace Greene, Part One, Resonance in Writing Fiction, The Happiness in Between, THE MEMORY OF BUTTERFLIES