Writing and the Jury Pool 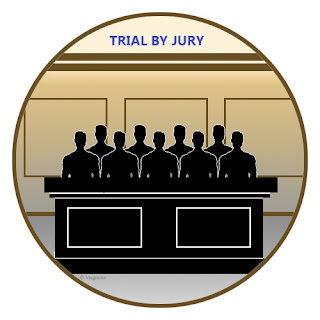 As a citizen of the United States, one of the guaranteed rights under The United States Constitution is a trial by a jury of your peers. I've served as a juror on two different trials. These trials were settled before jury deliberations, and we were thanked by the judge for our service and dismissed. Both of these were criminal trials.

Two months ago, I received another jury pool notice. Much has improved in the process, but there is always room for improvement. Thankfully, you can register and pick your week online. In my past experience, a prospective juror had to appear in person just to pick their week.

So online, I picked the most convenient week in order to be minimally invasive to my life. Of course, I had much work that had to be pre-done in order to serve as a prospective juror. There were emails, texts, and a letter in the mail to assure I would appear for my assigned week.

Last Monday, with about 300 other citizens, I appeared for my week of jury service. The Jury Coordinator gave instructions and called roll, yes like in elementary school. Two judges addressed us to impress on us the seriousness of being a juror. One judge walked us through some historical legal systems to determine guilt of a crime. He advised some cultures would throw a rock in a vat of boiling oil. The accused had to stick their arm in said vat and retrieve the rock. If they were scalded then they were pronounced guilty. Another example was that the accused arms and legs were tightly bound and tossed into a lake. If they drowned, they were pronounced guilty. The judges then reminded us of combative trial which has been popularized by the tv series, Game of Thrones. There were numerous reminders of the importance of the American jury pool system for our jury system to work. The judges left, and the jury coordinator left us to await orders from the various courts.

The piped in music of the jury room was playing, "Walking in Memphis," just as the coordinator reappeared and had us file out into three different lines heading to various courtrooms. Two groups of 40 went to criminal court a block away at 201 Poplar (also the jail.)

Of course, I was in the group that trekked 2 ½ blocks to Circuit Court in 92 degree humid Memphis weather. The song "Walking in Memphis" will now always remind me of this day. I took in the elegance of the building. It occurred to me how many people have conducted serious business in this historic courthouse. Movies have also been filmed in this courthouse. Yes, I was in the courthouse seen in the John Grisham book made into a movie, The Client. The movie filmed Judge Harry Roosevelt (played by Ossie Davis) at Memphis County Courthouse at 140 Adams Avenue, where I was reporting as a juror. In the book and movie, no one went through security screenings. After being screened we perspective jurors climbed the worn rounded marble stairs directed by a sheriff's deputy to line up outside the courtroom. We were placed in line by a computer generated numbering system and then ushered into the courtroom.

I was seated as the 12th person in the jury box. Lucky me? The judge swore us in and briefly explained the case. The plaintiff attorney was supposed to ask us questions to exclude us as jurors. Instead, he actually began giving his opening statement. The judge admonished the attorney limiting him to only asking questions. The Defendant’s attorney began his questioning,. stressing the TN law. 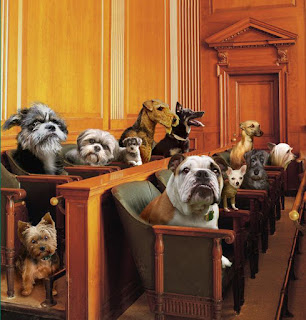 This legal process is voir dire. The purpose allows the attorneys to question prospective jurors about their backgrounds, affiliations, and attorney-perceived potential biases before being chosen as a jury member. After this process is completed, each attorney has three jurors they can choose to strike. I was the first name called and was directed to exit the courtroom and report back to the jury room. That was Monday.

Tuesday morning finds me once again in the jury room at 10:30 because they only had one case left for the week that needed jurors. At this point their were about 65 of us left. We were called to Criminal Court. We were waiting outside the courthouse while the Judge cleared his daily docket. We were escorted into the courtroom. After six hours of various legal procedures all I have to say is...Sequestered.

Have you served on a sequestered jury? Did you write about your experience?