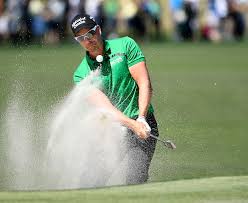 What is the one thing— the most important thing—a professional golfer must have to win on tour?

Confidence! If you’re a pro golfer, or tennis player, even a heart surgeon, you need confidence. Not arrogance. Just confidence. A belief in your God-given abilities coupled with the teaching and practice you’ve slogged through. And the determination to be the best you can be.

For novelists, their need for confidence is no different than the professional athlete or the heart surgeon. It’s a long haul with short term goals.

Without confidence, you’re sunk. It’s the underlying cause of the dreaded yips for golfers and surgeons. Or writer’s block for authors.

I’d just come out of a major inferiority complex dealing with another novel. Actually, it’s a novel I‘d written five years ago. A sci-fi thriller about a world without decent drinking water. It was published as a serial in a year-long magazine.

After that, I wrote the Solo murder mysteries series--The Rector, then The Actress. Lately, I’ve felt a strong urge to re-write the sci-fi thriller, originally titled, JALA, which means water in Hindi. I wasn’t happy with my writing of that story, so I picked it up again. Even changed the title to WATER, 2035.

My confidence had taken leave, along with my senses. Big time. I struggled for months with the story. Couldn’t make up my mind about anything--the protagonist, the antagonist, the POV, their relationship, nothing. I was happy with the sub-plot, but nothing else.

Then, I was the first to sign up for a weekend retreat with Brandilyn Collins in Coure d’Alene, Idaho. That day and a half got me back on track. This was her first time to invite 15 writers to her home. She’s a master teacher.

One fellow didn’t show, leaving me as the only male among 14 ladies and one instructor. If you ever have the chance to attend one of her retreats, I recommend it.

It wasn’t like she sprinkled magic dust over my writing.

After returning home, I still struggled to get behind my computer and work out the scenes, the action, the dialogue. Mrs. Collins edited the first two pages that six of us had sent in a month earlier. She handed them out on the last day, and read them. Our version. Then hers. I sunk down in my chair when my turn came.

I got over my ego fast after reading and re-reading her edits. Then, I realized how right she was. Every day, I’d start from page one and read until I needed to add or correct something. (I didn’t change much from those first two pages.) But, I finally realized I had a good story to tell. And any writer knows the first two pages are life or death for a reader. I used what Brandilyn taught and eventually got in a groove, finally able to determine my protagonist’s deepest desires. If a writer doesn’t know the protagonist’s desires then the reader certainly won’t. And your writing will fall flat on the page. 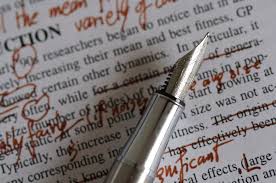 I’d fiddle with and re-write every word along the way, each morning, progressing slowly through the scenes that needed re-writing for either plot/character changes, or just pure bad writing.

By the third month, my confidence had grown, little by little. The story seemed to take shape. And I was loving it. Still am. Sixty-seven thousand words later, and I’m still in a groove. 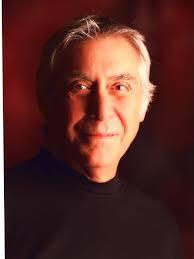 Born in his mother’s bed and raised on a small Mississippi farm, Michael Hicks Thompson knows a thing or two about strong Christian women, alcoholic men, and Jesus. His fictional writings intersperse his observations of human nature with theology. He’s a member of Kairos (prison ministry), been to Cuba twice on door-to-door evangelism mission trips, been a Sunday School teacher, and a member of Independent Presbyterian Church for 35 years. He and his wife of 45 years live in Memphis, TN, have three sons and four grandchildren. The little ones call him “Big Mike.”After earning his undergrad degree from Ole Miss and then a master’s in mass communication from the University of South Carolina, Michael started a one-man ad agency in Memphis. It grew to 87 employees in two cities, winning numerous national and international creative awards. Michael sold his firm in 2011 and turned his attention to full-time Christian fiction writing. His latest novel, The Actress (his sixth novel), is available in book stores and on Amazon in print, and for Kindle. Having already won four major awards, The Rector was first in the series. Both novels are murder mysteries that take place in the Mississippi Delta.