WHEN THE WORDS WON’T COME

Some writers recognize writers’ block as an occupational hazard. Others say there’s no such thing. I don’t know whether there is or not. What I do know from my own experience is there are some times when the words just won’t come. And every writer, whether “plotter” or “pantser,” novice or experienced, has to find a way to work through that. In my case, as I write medical mysteries, I’ve discovered a few things that help me get past those hang-ups. I’ll share three of them, hoping they’ll help the writers among us who read this blog.

Turn the boys in the basement loose. If I don’t know which way a story is going, what a character is going to say or do, or in general find that I’ve written myself into a corner, I stop worrying the problem like a kitten with a ball of yarn. Instead, I go for a walk, read for a bit, or do something that takes my mind away from writing. I might even put the problem aside and sleep on it. Stephen King calls this putting “the boys in the basement” to work. And I’ve found that it helps. Matter of fact, I went to sleep one evening, having stopped writing because I didn’t know what came next. I awoke the next morning with the story fully fleshed out in my mind.

Turn to another writing project. A friend of mine says it doesn’t matter what you write—a non-fiction book, another novel, or a grocery list—just so long as you write. Turn away from whatever has caused you to stumble, but don’t turn away from writing. Close down that project, devote your time and energy to something else, but don’t let your writing muscles atrophy. When you do go back to the place where you’ve been stumped, you’ll often find that you can get right back into the flow of the story. 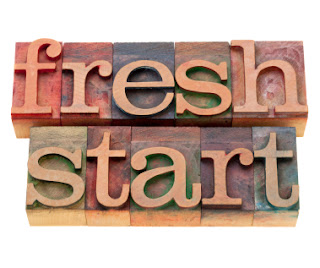 Consider starting over. Perhaps the reason you feel your work isn’t going anywhere is because it doesn’t have the right direction, the proper characters, or the correct underlying message. Read through what you have. Then consider rewriting the work. Don’t cut and paste—that’s cheating. Start fresh. Maybe there’s a spot where your story seems to go off the rails. Perhaps you need to start over at the beginning, despite what you’ve already invested in time and energy. I currently have four other versions of my next novel on my hard drive. It took me that many to figure out what I really wanted to say and the best way to say it. Now it seems to be moving on with no problem. 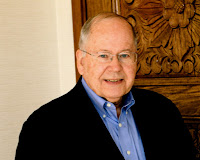 Dr. Richard Mabry is a retired physician, now writing “medical suspense with heart.” His novels have garnered critical acclaim and been finalists for ACFW’s Carol Award, both the Romantic Times’ Inspirational Book of the Year and Reviewer’s Choice Awards, the Inspirational Readers Choice, and the Selah Award. He is a member of the American Christian Fiction Writers, the International Thriller Writers, the Faith-Hope-Love chapter of the Romance Writers of America, the Christian Authors Network, and Novelists Inc. Richard’s latest work is his novella, Doctor’s Dilemma. You can learn more about him on his home page, his blog, and via Twitter and Facebook.