I have no idea if any of those “How to Write a Novel” books (e.g., King’s On Writing, 10th Anniversary Edition: A Memoir of the Craft) or any others) taught this, but I’ve not read it anywhere; though, I doubt I’m the only one to offer it up.

I discovered a principle about readers. Simply by reading my manuscript through, page by page, word by word, dozens of times.

Here’s what I discovered. Readers need to encounter familiar friends (even foes) during the course of reading a novel. Why? Because readers need familiar characters to pop up throughout the story. Otherwise, their subconscious asks them, “Where’s that character, Freddie? I haven’t read anything about him for ten chapters.” Well, people don’t think exactly like that, but you get the point.

Think of it this way. If a writer brings up a character in the first third, that character will need to reappear again. Maybe even multiple times, depending on the size of the character’s role in the first third. The more description, dialogue, or substance an author gives to a character, the more that character needs to come back into the story. I had to re-write a major portion of my novel when I discovered that I’d simply written this one scene about a deputy on the Greenlee Sheriff’s Force.

She reached in her purse and retrieved a thin, silver-engraved box of cigarettes. She selected one and inserted it into a shiny black holder. Deputy Cox, who’d been leaning against the doorjamb, pulled a Zippo from his pocket, strutted over, and lit it. She smiled at him, tossed her head back, and blew out a smoke ring as big as my dinner plates. Cox grinned and dropped the lighter in his trousers, while Butch continued.

And one page over, the Sheriff is telling Cox to take Tully Ivey back to the Grater house.

“Cox, I want you to drive Miz Ivey and Mr. Carr out to the Grater house.”
“Be my pleasure,” Cox said, spreading his cowboy legs, both thumbs wrapped around his belt buckle.

I had left Cox out for the rest of the story. Stupid me. But, it’s easy to do unless you look for such occurrences, and I did, after reading the doggone manuscript over a dozen times.

Leave out old friends, and you’ll leave your reader out. 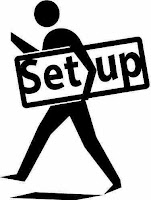 Here’s what I did. I brought Cox back later, in a subtle way, i.e., not trying to connect his love interest in Tully Ivey, America’s most famous actress, but simply learning from her how Tarot cards work. Eerie.

Haven’t you read novels where a character came into play in the first third with a seemingly big set-up, only never to hear from him again? It happens all the time.

You see, it’s difficult to juggle a mystery novel. To keep the plot moving, the clues, the red herrings, the humor, the empathy, the struggle, yet be aware of every character’s role and their place in the story tell 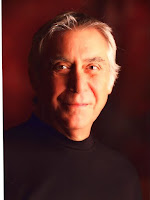 Michael Hicks Thompson received his masters degree in mass communication from the University of South Carolina, after an undergrad from Ole Miss. He started a one-man ad agency that grew into 87 employees in two cities, where he was CEO/creative director/copywriter. His firm, Thompson & Company won numerous national and international creative awards. He sold the firm in 2011, and now devotes his time to writing the Solo series. The Rector has already won several major awards. He's been a team member in Kairos' prison ministry for two years; also been to Cuba on door-to-door evangelism trips, and spoken at large conventions as featured speaker on the life of David ben Jesse. You can actually "See Inside" the DAVID books at www.shepking.com, or Amazon. Oh you won't want to miss the photo of Goliath and the Ark of the Covenant. Michael had both of them made for a book signing tour. His latest book The Actress has released.