While browsing Facebook this weekend, I came across this exchange:

Linda: There are days, like this one, when I want to shred my manuscript and throw my computer in the pond. It'll happen someday. I'll toss everything and take up basket weaving.

Kathleen: That just means you're a writer.

Linda: You mean other writers want to throw their computer in a pond?

This amusing dialogue (which I've been granted permission to share) was between authors Linda Yezak and Kathleen Y'Barbo.  And each of these successful writers make a good point:

Frustration and moments of doubt, however, don't stop Linda nor Kathleen. Linda Yezak's latest novel The Final Ride just won First Place in Christian Fiction by the Texas Association of Authors. And Kathleen Y'Barbo's vast catalog, including last week's re-release of Not the Marrying Kind, would easily fill two shelves at Barnes & Noble.

Looking through the 1.8 million book titles on Amazon, or reading the success stories of other writers, it would be easy to question our own value to the writing community. We sometimes forget that the struggles we face are the same ones shared by every writer.

"We learn from failure, not from success," said Bram Stoker.  It is quite an achievement when we've honed our craft well enough to recognize when something doesn't meet our standards.  Especially something that we've written.  The ability to distinguish wheat from the chaff in our own writing is something most novices can't do, dazzled instead by the joy of simply getting words on a page.

A few months back, one of my favorite author/lecturers spoke to a crowd of fellow writers.  She revealed the insecurities she's had to overcome, including that of speaking in front of a live audience. If she had simply given a great talk (which she did), we'd have been impressed.  But we respected her even more because she shared her vulnerabilities. The entire audience immediately bonded to her as fellow victims of self-doubt. 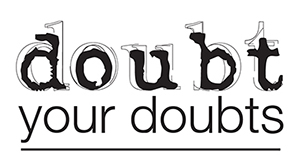 It's nice to know we're not alone, and that even in frustrating moments we're honoring a grand tradition of all the writers who, like Stephen King, laughed in the face of rejection slips and even stuck them on a nail to impale them. Don't lose your battle for want of a nail.

Follow the advice of Rise Up and Salute the Sun author Suzy Kassem: "Doubt kills more dreams than failure ever will." Can that attitude help you succeed?  Undoubtedly.