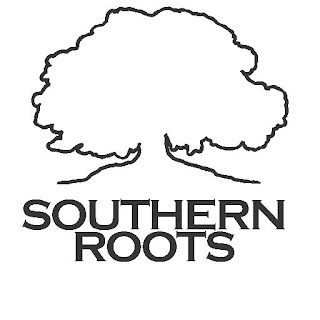 As is true with most cultures, the South loves story. And she’s not above making some of it up.
Most Southerners can tell you about the history of their family—where they hailed from, how many fought in the “War of Northern Aggression,” who originally owned this piece of jewelry, or how that shotgun managed to make it back from the war.

Nearly every Southern adult in their sunset years can tell you about surviving the Great Depression—wearing potato-sack clothes, working rows of cotton and endless tobacco fields. Difficult as they were, these were the best of times, they’ll tell you. Times when families sat in front-porch rockers and talked.

These are the folks I call “living libraries.”

Too often, as I try to recall something one of my parents or grandparents told me about such-and-such a time, I also realize there is no one to verify that story fragment I no longer remember.

When Aunt Snook snuck off to marry the soldier, was her dress cobalt blue like her eyes . . . or chocolate brown like her hair? And did they sneak off because her daddy didn’t approve . . . or his mama?

Writing The One True Love of Alice-Ann (Tyndale House Publishers, April 2017), a story set in World War II, began with a remembrance of a tale told to me by neighbors, now both deceased. He had been shot down in the Pacific and survived. But she had been told he died.

This led to the “what if” all novel writers live for.

What if, I thought, she had met another man? What if she fell in love with him, only to discover her first true love hadn’t died at all?

To set the novel during WWII came without question. But my knowledge of that era was sadly limited mostly to what I’d seen in movies.

My parents are deceased, but they have living siblings. I found my aunts and uncles excited to share their stories. (They had been children during the war, but they remembered the years well.) As it happened, one of my maternal uncles owned a book that recounted the taking of nearly 300,000 acres of private farmland in five Georgia counties by the government to build Camp Stewart, today one of the most vital Army posts in our country. “They took a good deal of Granddaddy Kicklighter’s land,” my uncle said, “and he had a stroke.”

Literally. He had a stroke.

That went in the book.

My brother remembered our paternal grandmother—a tenant farmwife—telling about German and Italian POWs held in Bulloch County who helped tend the land alongside them. “They were nice,” Grandma said. “And said we were kinder than their own countrymen.” And that went in the novel.
Our grandmother died in 2000, but her youngest child shared memories of swimming in the pond after long days of farming . . . and that went in the novel too. 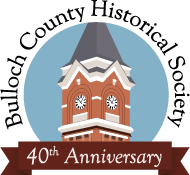 As I worked on the manuscript, my brother called to tell me the Bulloch Historical Society had located the land where the POW camp once stood. The reporter had interviewed 101-year-old Naomi Neville, who remembered cooking for the prisoners who worked her late husband’s peanut farm.

Turns out, he had been the cousin of my maternal grandmother.

I devoured the article.

In addition to reaching out to living libraries, I read books from brick-and-mortar libraries. I viewed documentaries and films. I studied advertisements and articles from a bygone era.

And, in the end, I had a novel I’m quite proud of.

But I’m fearful because we’re losing the oldest members of our living libraries. Soon enough, we will be a part of the volumes on the shelves.

Perhaps we already are. 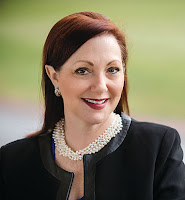 Eva Marie Everson is the award-winning, bestselling author of over 30 fiction and nonfiction titles. She is the president of Word Weavers International, the director of Florida Christian Writers Conference, and a popular speaker across the US. Her latest work, The One True Love of Alice-Ann, releases in April 2017 from Tyndale House Publishers.