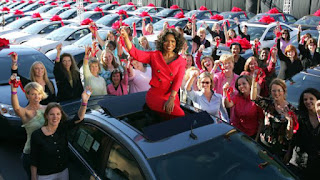 In September, 2004 on The Ophra Winfrey Show’s season premiere the members of  Ophra’s audience all received a new car. It was thought to be the biggest advertising give away ever. The car was a General Motors Pontiac G6. The value was somewhere near $8 Million! What a wonderful thing to happen for everyone, or was it?

The truth is it didn’t turn out well for the majority. First thing was many viewers thought Ophra fronted the money out of her wealth and generosity. Many were torn to find General Motors had donated the cars to promote and sell more cars. The additional sales never came and the G6 line was dropped. Not only was the line of G6s dropped but General Motors eventually dropped the Pontiac division. So did anyone come out on top? Yes but only a few.

The audience each received along with the “Free” car a tax bill for as much as $7,000! Many did not have the money for taxes so they had to sell the cars. There was one couple there that coming home with 2 cars was a double nightmare. Their tax bill of nearly $14,000 was overwhelming but they did sell the cars, paid the taxes and had money to pay some debts. Those that could afford the tax bill paid it and looked at the gift as a new car for only $7,000.

It turned out to be a great lesson for everyone. Some years later Ophra teamed up with Volkswagen and gave away a Beetle to each member of the audience but along with it they were gifted cash for paying the taxes. Finally we have a true a free giveaway.

People love to hear the wonderful positive things of life. In this case the only thing most of us remember is an excited Ophra saying, “You get a car, you get a car you get a car, everyone gets a car”. It was an amazing, never been done before, advertising stunt. Most of us don’t want to know the down side of this amazing event but in most cases there is one. It may not be overwhelming enough to erase the positive but it will take some if not all of the bright and shiny off the beautiful gem. So as writers what do we do with the down side. It all depends on what direction you are taking your story.

If you want the “all is well in Camelot” viewpoint you may not want to address it at all. But if you remember most fairy tales have a villain. Usually the ugly underbelly is exposed so the outcome can be achieved against greater odds. Thus a hero is an even greater hero and who doesn’t like that?

Another approach is to have an ongoing battle with the negative forces. They are brought to and remain in the forefront as a constant source of anguish. The hero has a never ending struggle right up to the end and then victory. Be careful as not to overwhelm the reader with the struggle. In their minds it must be challenging but believable and the victory should be doable. 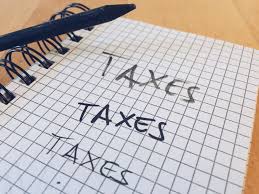 So here is an idea, or exercise. Take a positive event and consider what a possible negative side of it may be. Create the down side for each character and expand on it. Taking their “Free” car euphoria then attaching the reality of $7,000 in taxes can not only create a nose dive in emotions but a world of creative ways to meet the challenge of the down side.

Even after 12 years the “You Get a Car” saga continues. I am willing to bet the stories do as well. See what you can do and let me know what you come up with.

Email ThisBlogThis!Share to TwitterShare to FacebookShare to Pinterest
Labels: Doyne Phillips, General Motors Pontiac G6, Managing Editor for Southern Writers Magazine, Oprah Winfrey, You Get A Car, You Get A Car…