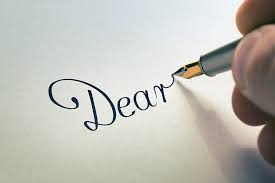 I’ve found writing letters to, from or between my characters to be an imaginative technique to smash writer’s block. In fact, at this very moment, I’m experiencing that dreaded white space as write a short story for an upcoming Christmas anthology.

So, I thought, why not put my letter-writing technique to the test “live” on Suite T?

My protagonist is Sachi Kimura—a ten-year old Japanese American from my historical fiction, The Red Kimono.

She will be spending her first Christmas away from her home in California, after being relocated to an internment camp in Rohwer, Arkansas.

Her father died earlier in the year, and she misses him terribly.

Next, here we go, “live.” I’m going to write a letter to Sachi. Hopefully, in this demonstration, I’ll learn something that will help turn the above bullet points into a story.

On Christmas Day, I recalled lots of memories. The one that popped into my mind first was the Christmas of my 14th year when my dad was stationed overseas with the Air Force. Late Christmas Eve, my mom asked me to stay up to help her set up the Santa Claus presents for my four younger siblings who had already gone to bed.

I remember feeling as though I’d said goodbye to my childhood that night. Though at fourteen, I knew the truth about Santa Claus, I think I felt he would still be “real” as long as I didn’t admit the truth out loud.

If the information you glean from a letter you write to your character is not enough to inspire your story, have your character answer with a letter. One of my favorite techniques is to have one character write a letter to another character. In this short story, Sachi is the only character. With this one letter, I learned what her story will be:

It’s Christmas 1944. At ten, Sachi, is old enough to know the truth about Santa Claus. She believes if she doesn’t admit it out loud, he might continue to come to her house. But living in a barrack behind barbed wire, she’s not so sure. Still, even with the loss of the magic of Santa Claus, she will discover new joys. 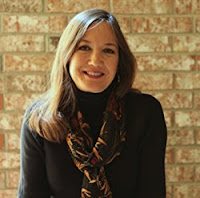 Jan Morrill was born and (mostly) raised in California. Her mother, a Buddhist Japanese American, was an internee during World War II. Her father, a Southern Baptist redhead of Irish descent, retired from the Air Force. Her debut novel, The Red Kimono (University of Arkansas Press, February 2013) and many of her short stories reflect memories of growing up in a multicultural, multi-religious, multi-political environment The Red Kimono was selected Historical Novel Society’s Editor’s Choice and a 2013 Arkansas Gem by the Arkansas State Library. Her other books include Life:Haiku by Haiku and Creative Characterization. Jan’s award-winning stories have been published in Chicken Soup for the Soul and several anthologies. The Christmas anthology, Bright Lights and Candle Glow, will be available on Amazon after Thanksgiving. While working on the sequel to The Red Kimono, Jan speaks and teaches at writers’ conferences around the country. Visit Jan at https://janmorrill.com/