I can hear your sighs loud and clear at the very mention of the word…REVISION. You’ve heard all the usual “why you should do it’s.” You have probably forced yourself to “revise” at least portions of your manuscript. But do you really “get” the necessity of it? Do you know the real reasons why most writers insist that revision is the REAL writing?

In the writing workshops and classes I teach, I preach revision. It is much like a religion to me. Why? Because I know from personal experience that revision gets writers closer to the final product we desire the world to see.

In compiling the narratives in my anthology His Mother, I saw firsthand the rewards of the revision process. The re-visioning of my own contribution to the book took place over a period of about 15 years. (No, I’m not advocating for all revisions to take that long!)

I began my narrative in the form of a letter to my mother-in-law. At that time, she was still very much alive and working hard to make life uncomfortable for her family. My initial draft was filled with frustration, hurt, and anger—the typical “mother-in-law-from hell” article you would expect in a book about mothers-in-law.

But with delays in finding a publisher and real-life interruptions, I found myself re-writing that letter five years later. My father-in-law died, and there was much juicy stuff to add to my litany of complaints against the woman.

Another five years passed with more delays and frustrations, and I tackled the piece again, adding a growing list to the “expected” gripes and groans about the relationship. But then, life intervened.  Rather, I should say death; my mother-in-law died, and with her death came the task of sorting through the detritus of her life.

And in that sorting, I discovered much that caused me to re-think my mother-in-law—not  as the person we knew, but as a soul encased in a damaged body, a soul that, dark as we sometimes perceived it to be, was a soul no less.

What we discovered led me to re-vision my mother-in-law. It was a healing, unexpected and sudden, in its on-set.

These discoveries led me to revise my letter once again to include my newfound perspective. And while my original versions of the piece fit okay in the overall focus of the anthology, I discovered my new vision worked even better to focus my piece toward the whole purpose of compiling the anthology in the first place.
The healing I had prayed for her to receive all those years came about, but not to her, to me. That re-visioning of her allowed me finally to forgive her.

The letter in the anthology fulfilled what the book’s primary focus had always been: that any relationship, no matter how difficult, can have value. Perhaps not in the form we anticipate, desire, or pray for, but certainly, in the healing that takes place when we see relationships outside our narrowed view of them. 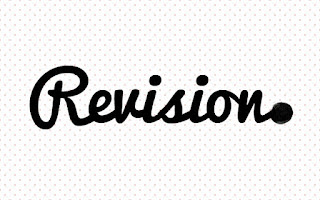 My writing critique group members sometimes tease me about living in “revision land.” and I admit to spending most of my writing time there. However, I’ve never heard them say a revised version of a story impacted them less than the previous version.

I’m not a plotter. However, I do begin with a focus for my writing. Revision helps me maintain that standard. It also justifies my belief that timing is everything. If you put writing out into the world before its time, it is going to come back to you, for a reason—the need for you to re-vision it. This is true, EVERY SINGLE TIME.

So take the time to revise. What is the focus of your work? What is your purpose for writing this particular piece? Does your work support that focus? If not, revise and refine it. All it takes is a little time and a new perspective.

Sandy Richardson is the editor and a contributing writer to His Mother! Women Write about their Mothers-in-law with Humor, Frustration, and Love (2016). Her first novel, The Girl Who Ate Chicken Feet, was published in 1998. Her other fiction and nonfiction have appeared in several anthologies.  “Nana’s Basket” (The Pettigrew Review) received a nomination for the Pushcart Prize in 2013. Richardson is a member of the Society of Children’s Book Writers and the Women’s Fiction Writers Association. She currently writes from her home in South Carolina and is founder and Editor-in-Chief for Southern Sass Publishing Alliances.
Visit Sandy at www.SouthernSassPublishingAlliances.com
Or https://www.facebook.com/Southern-Sass-Publishing-Alliances-164884667274954/
Twitter: @Southernsaspub4

Email ThisBlogThis!Share to TwitterShare to FacebookShare to Pinterest
Labels: and Love, frustration, His Mother! Women Write about their Mothers-in-law with Humor, Sandy Richardson, The “R” Word, The Girl Who Ate Chicken Feet