How I Made a Corpse Dishonest 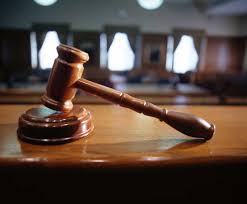 My latest book Dishonest Corpse came out in the summer of 2016. It’s book five in my Judge Rosswell Carew series. To bring you up to date, Carew would rather be a detective than a judge who has to listen to people whine all day in a stuffy courtroom.

It wouldn’t be any fun if Carew did everything right. The cops don’t want him around and neither do the bad guys, who are a mysterious bunch of sex traffickers, led by Nathaniel Dahlbert, a guy who would make Doctor Moriarity cringe in fear.

“Fun?” you’re asking yourself. How can sex slavery be fun? It isn’t. It’s a serious problem all over the world. I spoke to several of my writer friends asking them how to make a “humorous” story about a despicable crime.

Here’s what I came up with: All first responders and emergency workers (cops, CSIs, coroners, fire fighters, etc.) have a graveyard humor that is often raunchy and disrespectful. It’s done to relieve tension and stress. My books are PG and there’s no graphic sex, violence, or bad language. But Carew still gets himself in a giant pickle or two. And they’re funny.

Earlier in the series, Carew irritated the powers that be so badly that they kicked him off the bench. (You need to read the whole series to find out how and why!)

Now, oneday recently, disgraced and “benched” Carew gasps in horror early one morning when he watches the report of a girl murdered under the Mississippi River bridge on the waterfront, a couple of blocks from his downtown office in Cape Girardeau, Missouri. Although this victim reeks of the evil handiwork of Carew’s nemesis, Nathaniel Dahlbert, Carew and his beloved wife, Tina, herself a retired sheriff’s deputy, can’t let themselves become distraught. Their new detective agency is up and running and they convince themselves this murder has nothing to do with them. Later that morning, two different people come to their agency and hire their services. Within hours, the married detectives are involved in a different murder case that not only points to the girl’s killing, but also to a possible third homicide. Rosswell and Tina find themselves caught up in a deadly cat-and-mouse game that’s got only one solution: The capture of Nathaniel Dahlbert—or the death of Rosswell Carew!

The plot is the basic chase to the death. What makes my books stand out is my characters. I’ve had lots of fans tell me that the characters can never be mixed up with one another. They all have memorable names and memorable (though short) descriptions.

The characters are an amalgam of a lot of people I know plus a lot of stuff that’s made up. There are repeating characters in each book, but also in every new book, I introduce new characters. Some survive. Some don’t. Some are heard of again and some disappear.

Cliffhangers abound. Once you reach the end of a chapter toward the finish of the book, you have a resolution, you think, then up pops the Devil!

I chose Southeast Missouri as my main area of action. It’s my little part of the world and I know it well. I make strange things happen in everyday surroundings.

I will never run out of ideas and I’ll be dead before I can write them all. All my books are fun to write. I love writing and making up situations that I’ve never heard of before.

If I ever get stuck, I ask, “What’s the worst thing that could happen next?” Then something happens that’s even worse! That keeps the story moving. 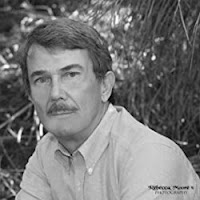 Bill Hopkins is retired after beginning his legal career in 1971 and serving as a private attorney, prosecuting attorney, an administrative law judge, and a trial court judge, all in Missouri. His poems, short stories, and non-fiction have appeared in many different publications. He's had several short plays produced. Bill is a member of Horror Writers Association, Missouri Writers Guild, SEMO Writers Guild, Heartland Writers Guild, and Sisters In Crime. Bill is also a photographer who has sold work in the United States, Canada, and Europe. He and his wife, Sharon Woods Hopkins (a mystery writer!), live in Marble Hill, Missouri, with their dogs and cats. Besides writing, Bill and Sharon are involved in collecting and restoring Camaros. COURTING MURDER was his first novel and his second novel RIVER MOURN won first place in the Missouri Writers' Guild Show-Me Best Book Awards in 2014. Visit Bill and Sharon at http://www.deadlyduo.net/.To get started on my series, try the first: Courting Murder. The ebook is FREE. And the series is addicting. Get my free book here: books2read.com/u/3JKplK The Deadly Duo http://www.deadlyduo.net/ My Amazon Author Page:  Audible Audiobook http://tinyurl.com/audible-courting-murder