How I Write a Novel Opening 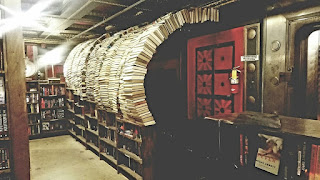 Are you a hard-to-please reader? I am.

I do the same thing when writing a novel, but as a new writer, I often wadded up page one and threw it in the trash. But I finally learned to leave my poorly written page one behind and write page two and beyond, knowing that page one would be written some time in the future—perhaps after writing The End.

A beginning hook is a must in all my novels—one sentence that makes the reader want to read more. The first paragraph wins second place in the reader interest category with the entire first page placing third. I make the first sentence of my books a sort of headline designed to grab reader interest quickly.

If not a headline, I write the first line of a dialogue. But the first line of that dialogue MUST be provocative. It must cause the reader to want to read more in order to find out what is going on in the story.

Below are some examples of openings.

.   Someone was coming.
When the Cowboy Rides Away by Molly Noble Bull, Elk Lake Publishing 2015

.   It was now or never.
Brides and Blessings by Molly Noble Bull, Love Inspired 1999

Dialogue
.  “I’m not one to go without a woman for long, missy.”
The Winter Pearl by Molly Noble Bull, Love Inspired 2004

.   “Why didn’t you tell me we were going to have to cancel our honeymoon trip, Merrily?”
For Always by Molly Noble Bull, Zondervan Publishing House 1986

.   Death to Jews, she read. Death to all Huguenots!
The Secret Place by Molly Noble Bull was first published by Tsaba House Publishing in 2007 under the title of Sanctuary. 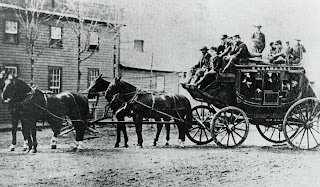 Here is the first line of my upcoming novella titled Too Many Secrets.
.   “Looks like the stage from San Antonio pulled in across the street.”
Too Many Secrets is an inspirational western novella and part of The Secret Admirers Romance Collection. Set in the Texas hill country in 1882, Too Many Secrets is one of nine novellas by nine different authors to be published by Barbour Publishing in May 2017. 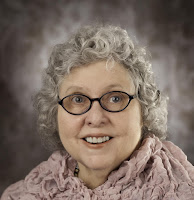 Molly Noble Bull has published books with Zondervan, Love Inspired, Tsaba House, Westbow Press, Creation House, Elk Lake Publishing and Hartline’s White Glove, and she might be called a genre jumper because she enjoys writing books and stories in several categories. Her newest work is a novella titled Too Many Secrets, Part of The Secret Admirer Romance Collection via Barbour Publishing, and it will be published in May 2017. Sanctuary won the 2008 Gayle Wilson Award in the inspirational category and also tied for first place in The Winter Rose that same year. The Overcomers: Christian Authors Who Conquered Learning Disabilities is a non-fiction book written by Molly and four other Christian authors, including Margaret Daley, and it was published by Westbow Press in 2011. The Overcomers was entered in the Women of Faith contest and was a finalist in that contest out over six hundred entries. Gatehaven, Molly’s Gothic historical, won the grand prize in the 2013 Creation House Fiction Writing Contest as a manuscript out of thirty-five entries, and it was published in trade paperback and as an e-book in March 2014. When the Cowboy Rides Away was published by Elk Lake Publishing in 2015. The western recently won the 2016 Texas Association of Authors contest in the Christian Western category and was also a finalist in the 2016 Will Rogers Medallion Awards in the Inspirational category. Hartline Literary republished Sanctuary in 2016 under the new title of The Secret Place, and later in 2016, Hartline republished The Rogue’s Daughter, another of Molly’s Christian western romances first published by Zondervan in 1986. Molly’s social media links are Website: www.mollynoblebull.com  Blog: http://writersrest.blogspot.com
Facebook: Molly Noble Bull  Twitter: Mollyauthor Amazon: http://bit.ly/mollynoblebull