The Face of Success 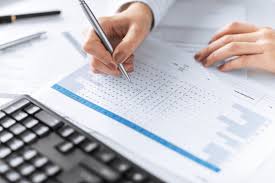 When I became a writer, I was sure I knew how success would look if it should appear before me. Success, for me, would be acquiring an enthusiastic agent and a well-known publisher. Success would be a full schedule of book signings.

I envisioned the face of success as beautiful. She was all dazzle and glitter, and she wore high-heeled shoes. Her energy was boundless. Her charm was mesmerizing.

I made the decision to focus less on my book manuscripts and to try sending out some of my shorter works. When I began to receive acceptance letters, my bruised ego started to heal. My confidence bloomed when the same publications used my work multiple times.

Success did not look at all like I expected. Success had a plain face. She did not demand attention. She wore work shoes and was no stranger to long hours and sweat. Her strength sometimes increased, other times waned, but she moved with diligence. I had met success face to face.

The following are some of the ways I now measure success: 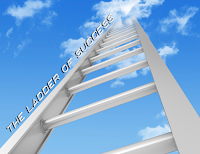 Writing has been both a frustrating and a satisfying avocation choice for me. Unlike other jobs, in writing there are no promotions based on years of service or automatic pay increases. A writer may wait months to hear nothing from an agent. The ladder of success in writing can be a steep climb. A writer must decide for himself what constitutes success in his work, but one thing I know, the face of success can only be seen when you’re doing what you love.

Anita Stafford grew up on a dairy farm in northern Arkansas. She learned to cook at a young age and now enjoys sharing recipes on her blog, Sugar Spice and Spilled Milk. She is a twenty-two year veteran of public education and is also a Licensed Professional Counselor. Website www.anitastafford.com Twitter @staffordanita FB https://www.facebook.com/anitastaffordauthor Instagram https://www.instagram.com/staffordanita Recipe blog http://auntnubbyskitchen.blogspot.com