The Story of The Fourth Partner 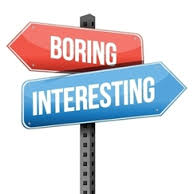 An interesting topic…what leads to the creation of a novel? I’d never give any thought to the question, but here goes.

I have always enjoyed old-timey murder mysteries, the kind where the crime is solved by good old fashioned detective work…not those that employ high-tech gadgets and gizmos à la CSI. Perhaps provincial, but I believe an entertaining crime story should highlight human traits and skills…perception, resourcefulness, perseverance and keen intuition.

As a former resident and frequent visitor to the southeast Georgia coast, commonly known as the Golden Isles, I have always been in awe of the beauty and tranquility of its marshes, moss-laden live oaks and meandering tidal creeks. I’ve met dozens of colorful locals over the years and always appreciated their casual and laidback demeanor. Yes, there is such a thing as ‘island time.’

It is difficult to imagine that any nefarious doings could possibly transpire in such a bucolic setting. But, ah, what better place to weave a diabolical plot foisted by conniving and evil characters?

So, I had my locale.

Next, who would become my protagonist? I have an aversion to overly-slick crime solvers. You know, a James Bondish-like hero who knows all, is indestructible and wows the ladies. Thus, Leroy Meriwether emerged…a middle-aged, self-deprecating and underutilized detective who impatiently looks forward to retirement so he can indulge himself in his first love: restoring sixties muscle cars.

Since Detective Meriwether has a ‘life’ and is not superhuman, he needed a strong supporting cast. His lady-friend, Barb, keeps him grounded, bolsters him when he is depressed and yanks his chain when it desperately needs yanking. And Amy, the sheriff department’s research assistant, compensates for Leroy’s steadfast reluctance to move into the twenty-first century.

And then the plot and villains…

The discovery of the remains of a victim who supposedly disappeared in a boating accident twenty-five years previously offered the perfect platform. A cold case would showcase Detective Meriwether’s investigative inquisitiveness and dogged determination.

Developing the victim’s murky past provided the foundation of the plot. A hail-fellow-well-met, Billy Howell’s secret lives had to be unraveled before Detective Meriwether can narrow down the suspects…and there are many from which to choose. Creating the characters was challenging but fun.

Billy’s wife and son despised him. The ex-con informant had a motive. So did the gambling kingpin. Was it the drug lords? Maybe it was Billy’s clients who believed they had been fleeced. The sheriff had reason to do Billy in. The county commission chairman?

Throw in a few of the ‘old reliables’…a little sex, drugs, greed, the perverse use of power, a hired hit team, some C-4 explosives…and voilà, I had a plot.

Finally, though not a representative of Golden Isles Tourist Development Authority, I strived to provide a sense of the area’s history, beauty and uniqueness to those readers unfamiliar with it. It’s a wonderful place to visit...perhaps a better place to set a whodunit.

Rodney Page is a Georgia native and the author of The Fourth Partner released September 2016. Among his other works are Murcheson County,released spring 2016; The Xerces Factor released in 2015 and Powers Not Delegated released 2014. Rodney’s business career included a variety of senior management positions and consulting engagements in companies and industries ranging from startups to Fortune 50 firms. A graduate of the Grady College of Journalism at the University of Georgia, in 2005 Rodney authored Leading Your Business to the Next Level…the Six Core Disciplines of Sustained Profitable Growth, a hands-on guide for companies navigating the perils and pitfalls of a high growth environment. An avid student of history and political junky, Rodney combined those interests with his lifelong desire to write his first novel. He then meshed his knowledge of history and current events and penned his second novel of relevant and plausible intrigue inside the Beltway. Using his knowledge of history he penned a sweeping saga of four families in antebellum Georgia, spanning sixty years during our country’s most turbulent times. His fourth novel is a murder mystery set on the Georgia coast. His short story, Granny Mae’s Journey appeared in Crimson Cloak Publishing’s Steps in Time anthology. Projects currently underway include: By the People, For the People, sequel to Powers Not Delegated; Macon–The Novel, a murder mystery set in the racially-charged sixties; tentatively titled Ms. Smythe Goes to Washington, a political thriller chronicling the exploits of a feisty and irreverent congresswoman and her brother, a CIA operative. Rodney lives in Hendersonville, North Carolina. His passions include hiking, woodworking, history, R&B guitar and, of course, University of Georgia football.Check Rodney’s blog out at: http://www.rodneypagebooks.com/blog Website: http://www.rodneypagebooks.com/    http://twitter.com/jrodneypage   https://www.facebook.com/jrodney.pagewww.linkedin.com/N/RodneyPageAuthor