Point of View: It’s More Than A Matter of Tense 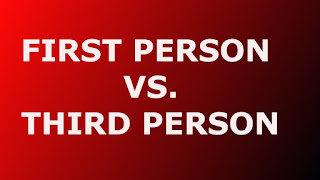 If someone asked you to take your completed novel, written in third person, and change it to first person, how would you react?

I had written Free of Malice in third person, in an omnipotent third person to be precise, since I wanted to present several points of view. When my editor gently suggested that I consider changing to first person, I nearly fell out of my chair.

Did she have any idea how much work that would be?

As we continued through the editing process, my mind was firmly entrenched; I couldn’t even entertain such a preposterous idea. Then I read SJ Watson’s Before I Go To Sleep. The portrayal of the protagonist’s feelings and fears were so visceral because of her exceptional writing and her use of first person.

“You have to do it,” was all I could say to myself. It was the only way to remove that gossamer veil between my protagonist and the reader, and I needed the interaction to be raw.

How was I going to make all the changes? A simple find/replace of “she” and “her” wouldn’t work; there were other female characters. To my surprise, a find/replace of “Laura” (the main character) to “I” worked quite well. However, nothing was going to prevent the tedious process of a complete reread and edit.

The larger challenge was actually something different. How was I going to portray the thoughts and emotions of the other characters? I leaned on the “show, not tell” approach to bring the story to life.
First, for the husband, Chris, I replaced the prose of what he was thinking to demonstrate his behavior. The exercise forced me to tackle one of my early writing challenges—to show, not tell. An added benefit was that by showing only Laura’s point of view, everyone else became a little bit more suspicious, including Chris.

The therapist, Barbara, was a bit more challenging. There were observations made by her that I needed the reader to know. After letting my subconscious wrangle with the dilemma for a while, it hit me. I could create and share her therapy notes—that would give the reader a glimpse into her thoughts. Mind you, I took some “poetic license” in how the therapy session notes were displayed, not the traditional SOAP method. An added benefit was that I could imply some concerns without fuller explanation, leaving the reader to question why Barbara had honed in on a certain thought.
In summary, you may ask was it worth the extra effort to take a fully completed manuscript from third to first person? My reply is an emphatic yes and my advice to other writers is to really think through the pros and cons of the tense you choose at the onset. #writinglessonslearned 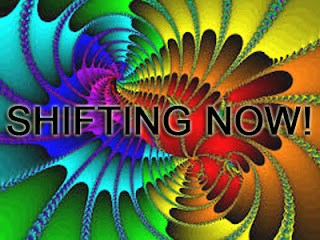 I leave you with one of my recent reviews, “A psychological thriller! I loved that I could be in the mind of the victim as her reality shifts. I wondered if her paranoia was justified. I really wanted to know! The perspective of the lawyer and the psychologist was fascinating and a little bit troubling. What is going on with that husband of hers and his lady friend? I liked the twists at the end. I didn't know what I didn't know but at the end it all made sense. The clues were there. Passes the high threshold of if I was reading on the plane I wouldn't notice the crying babies. A good read.”

Liz Lazarus is author of Free of Malice, a psychological, legal thriller loosely based on her personal experience. She was born in Valdosta, Georgia, graduated from Georgia Tech with an engineering degree and the Kellogg School of Management at Northwestern with an MBA in their executive master’s program. She spent most of her career at General Electric’s Healthcare division and is currently a Managing Director at a strategic planning consulting firm in addition to being an author. Liz’s social media links: Website, Facebook and Twitter