This week sees the release of my very first standalone novel.

When a writer changes gears and moves into new territory, it’s scary, both for the author and for the readers. Will the story hold up? Will it make sense? Will I, the author, get drummed out on my ear when people start to read it? Will the twists work?

All kinds of terrible scenarios come to mind, made worse by this book’s (very) long journey to publication.

I’ve been having these worries for longer than most. You see, NO ONE KNOWS was five years in the making. I pitched it in early 2011 and started writing that June. It is based on a dream I had several months earlier, in which many odd things happened, including my husband disappearing and Harlan Coben giving me sage career advice.

It was one of those dreams you wake up from and know you have something. I pitched it to my agent as "a suburban thriller, something dark and unexpected. Think Harlan Coben meets Gillian Flynn." He loved the idea. I started writing it. I poured my heart and soul into this novel, six months of really-stretching-myself bliss. It's the story of a perfect marriage interrupted, of a young widow grappling with her new reality after her husband disappears. It opens the day she receives the letter from the State of Tennessee declaring him dead, five years after he went missing.

My agent liked the finished novel. A lot. We were prepping it for submission, doing the requisite revision to make it perfect, when Catherine Coulter came into my life and hired me to write the Nicholas Drummond novels with her. That was May 2012.

I shelved the edits on the book for the time being, assuming I'd return the moment I finished the first Nicholas book. Of course, things happened. And then this chick named Gillian Flynn, who I so greatly admired, published a smash-hit novel that was on everyone's lips. I read it, so excited, and while I loved (most of) it, I closed the cover with a major issue on my hands.

My novel was no longer the first of its kind. There really are no original ideas.

So I rewrote NO ONE KNOWS a couple of times (five) until it was an original story again. It took forever to get it right (two years of editing and revising), working nights and weekends, a week here, a week there, getting editorial input from several sources (eleventy-billion, to be exact), rewriting and revising and reworking. Eighteen drafts and five titles later, it became the book Abby Zidle fell in love with—and a book I am incredibly proud of, which will go down in my publishing history as my first standalone.

I hope you agree that it was worth the effort!

(Editor's note: J.T. is giving away an autographed copy of her suspense thriller What Lies Behind! Enter at www.southernwritersmagazine.com/jte.html) 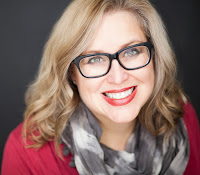