Living in the World of Your Characters 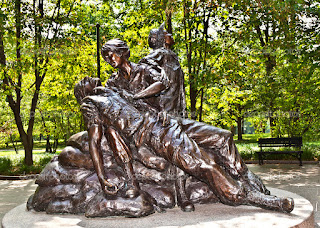 Before I wrote the first line of my novel, INCENSE & PEPPERMINTS, I immersed myself in the world of the Vietnam War. Not because I necessarily wanted to, but because the subject matter of a combat nurse in Vietnam scared the bejesus out of me.  I wasn’t sure I was up to the task, and this book was so important to me, I knew I had to do it justice.  So, for three years before I started writing, I researched this book.

I watched every movie about the Vietnam War—and believe me, that wasn’t easy.  The gruesome scenes of combat, the violence of sudden ambushes, the horrific torture and rape of Vietnamese women—it wasn’t for the weak-stomached.  But I watched those movies without flinching, knowing that if I were going to write a book set during such a wrenching conflict, I had to make it true-to-life—no glamorization of war, simply because, at the root, this was a love story.

I delved into books written by actual combat nurses who served in Vietnam.  I watched documentaries about those heroic women who served their country, and came home forever scarred by what they lived through.  I contacted one of those nurses through the internet, Barbara Pendleton, and we struck up a friendship.  We talked on the phone, and through email.  She patiently answered my questions, and told me some wonderful anecdotes of her year at the 24th Evacuation Hospital in Long Binh.  And most importantly, she agreed to read the rough draft to catch any inconsistencies or outright mistakes.

Finally, I was ready to write my story about Lieutenant Cindy Sweet.  It helped that I’d actually been in the Air Force during the Vietnam War--although I wasn’t a nurse, but a med tech, and I served in Crete rather than Vietnam.  (Huge difference!) But I knew the lingo, and I knew the time period of the early 70’s.  And I also knew the kind of woman Cindy Sweet was—innocent, idealistic, brave, and with a passionate desire to serve her country.

As I wrote, I listened to music from the late 1960’s and early 1970’s.  You’ll see many references to these popular songs in the book.  For me, music really builds the world of my characters.   For the 24th Evac hospital, I found photos on the internet, and that helped me put my characters in that setting.  Having served on a few different air force bases, all in hospitals, I was able to imagine what the base looked like. 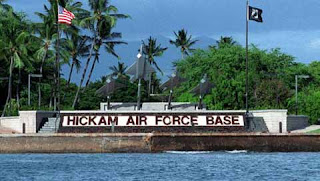 My four years spent at Hickam Air Force Base in Hawaii as a military wife helped me immensely with the scenes set at the Arizona Memorial, Diamond Head, and the coastal drive around Oahu when Cindy goes there on R&R.

Research isn’t difficult when your heart is in a book.  You live and breathe your setting.  You make it come alive.  You give the book depth and passion.  And when you do that, you make your book come alive for your reader. 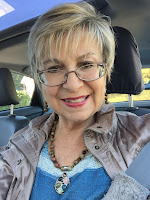 Carole Bellacera is the author of eight novels of women’s fiction.  Her first novel, "Border Crossings", a hardcover published by Forge Books in May of 1999, was a 2000 RITA Award nominee for Best Romantic Suspense and Best First Book, a nominee for the 2000 Virginia Literary Award in Fiction. It was also a 2000 finalist in the Golden Quill award and in the Aspen Gold Award and won 1st Place in the Volusia County 2000 Laurel Wreath Award.  Her short fiction and non-fiction has appeared in magazines such as Woman's World, The Star, Endless Vacation and The Washington Post. In addition, her work has appeared in various anthologies such as 's Chocolate for a Woman's Heart, Chocolate for a Couples' Heart and Chicken Soup for Couples.  www.carolebellacera.com. Her books include; Border Crossings, Spotlight, East of the Sun, West of the Moon, Understudy, Chocolate on a Stick, Tango’s Edge Lily of the Springs, and Incense & Peppermints. Her social media link is  https://www.facebook.com/Carole-Bellacera-273525089343467/

Email ThisBlogThis!Share to TwitterShare to FacebookShare to Pinterest
Labels: Border Crossings, Carole Bellacera, Chocolate on a Stick, Incense & Peppermints, Living in the World of Your Characters, Spotlight, Tango’s Edge Lily of the Springs, Understudy