From Noir to Cozy and Stops Between 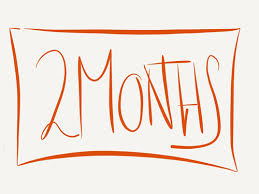 In the last two months, I’ve been working on books from three different series, with deadlines on top of each other. That got me to thinking about mystery sub-genres, their differences and similarities. I would call my own four series humorous, traditional, historical, and cozy. My short stories are sometimes noirish, usually dark.

One big difference is in the language. I’ll try to demonstrate the extremes with a couple of lines from my cozy, Fat Cat Spreads Out:

The satisfied woman left the shop with her pineapple-coconut treat, setting off the tinkling chimes above the door. A bit of brisk October air whooshed in before the door closed.

If this were a noir scenario:

The cranky bitch stomped out of the shop, rattling the clanking bells that were nailed above the door to alert the owner of shoplifters sneaking in when she was in the back. The woman held the door open to admit a blast of frigid, dank-smelling October air before the door slammed shut.

Another difference is in the characters and their relationships. In my cozy, Chase and Anna, two main characters, love and respect each other. In “Heartbreak in Graceland” a short story that appears in Memphis Noir, most of the characters dislike and distrust the others.

Noir: high tension, no language controls, a messed up world gets more messed up. Any humor is dark.

Cozy: tension, but no dire danger, the nice world gets messed up, ends up nearly as nice as it started.

Between noir and cozy, there’s a lot of territory. There are almost as many mystery sub-genres as there are bookshelves in Barnes & Noble.

Traditional: concentration is on solving the puzzle, characters, and relationships.

Historical: the writer looks for a fine balance between language that’s authentic and language that the modern reader will comprehend. Detailed descriptions of setting and clothing are important.

Romantic suspense: non-stop tension. Titillation is a must, good-looking characters, and danger. 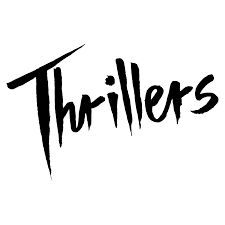 Thrillers: lots of suspense. The mystery element is turned around in a true thriller. The reader knows who the bad guy is and tension derives from knowing the terrible things being set up by the baddy, the depths of trouble the hero could be in if he fails. The danger is on a large, even global, scale.

(I say “true” thriller because many books called thrillers are combinations and don’t fall completely within the definition.)

Police procedurals: possible graphic descriptions of crime scenes, and forensics: fingerprints, DNA, serial killer profiles, trace evidence, and more. The atmosphere can be grim. The aim of every law enforcement officer is to return home, alive, after the shift. How many jobs can you say that about?

Email ThisBlogThis!Share to TwitterShare to FacebookShare to Pinterest
Labels: Fat Cat Spreads Out, From Noir to Cozy and Stops Between. Kaye George, Heartbreak in Graceland, Memphis Noir