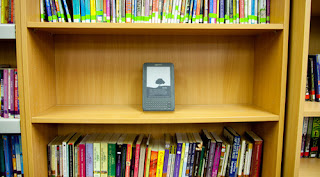 Last week a writer friend posed a question that many of us have probably asked ourselves in recent years: Will books ever be replaced?

It's a simple question, but a gut answer soon begs for some second guessing, because ever-advancing technology and the even more fickle public continue to surprise each other.

If we look at communication and entertainment in general, mankind has always clamored to possess that which they enjoy. Before there were VCRs, movie fans could only see a flick during the weeks that it appeared at their local theater, and then hope it will show up on NBC Saturday Night at the Movies a year later.  But once video stores popped up, the ability to revisit their favorite flick on demand changed everything. DVDs and streaming now take a huge bite out of theater attendance.

Prior to Edison and his fellow audio pioneers, music fans had to rely on live bands, sheet music and music boxes to recreate the songs of the day.  But once the gramophone came along, music could exist in every household.  We've since seen record players replaced by 8-track and cassette tapes, CDs, MP3s and, like video entertainment, streaming.

But long before phonographs and videotape, there have been books. Since the first mass-produced bibles in the 1400s, the public has bought the published word voraciously and increasingly year after year. Taking home a favored tome in print and displaying it on a shelf provides a sensorial satisfaction that is unlikely to be replaced by pixels on a tablet, which by their very nature are here one moment and gone the next.

It's rather encouraging that the printed book has not changed much in six centuries. Certainly, printing technology changes with the times, but at the end of the day it is still ink on paper. Some people collect books the same way others collect works of art.  To a true appreciator of the printed word, an excellent book is a very civilized and cultured prize. I treasure a well-worn book on music that a friend gifted me with years ago, a book decades older than I am. 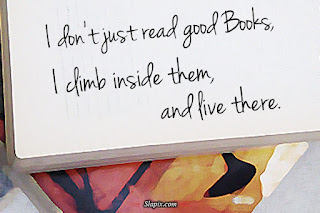 Despite the advent of e-books, we have seen that digital books and printed books coexist just fine in the publishing world, one of the reasons we offer both digital and printed editions of Southern Writers Magazine. The convenience and immediacy of digital, for some, will never hold a candle to holding real paper and turning real pages.

It's human nature to want to keep close to us that which we love. There will always be a place for good books as long as there are good writers to write them.  I find this very inspiring, even a call to action.  I hope you do too.