A Season of Resolutions 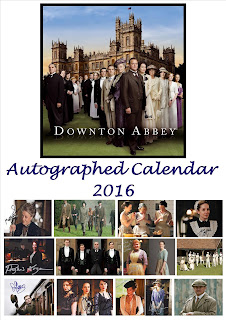 Since we just started 2016 a topic on a lot of blogs is all about making personal resolutions for the New Year. Well, this isn’t one of those blogs.
As a Downton Abbey fan, and with this being its last season, I'm sad to see the series end. It all started with the sinking of The Titanic in 1912 and the impact on the Grantham family and will end in 1927. A lot of history has occurred in those 15 years over six seasons. The British class system is evolving with the quickly-changing world.

Downton Abbey is a cleverly-written show rich with tremendous attention to details of a country lord's life. As a viewer, you feel as if you could easily fit into Downton, if you were invited to a dinner at the Granthams but I'd probably enjoy dinner with Mrs. Crawley, even better. The real royals are fans, which says a lot about the show's authenticity. Prince William and Princess Catherine (Kate) both watch and are fans of the show and have visited the Downton Abbey set to see how the show is created. In the pre show to the season premiere Prince William made a statement of support.
I find it encouraging that the series writer, Julian Fellows, has dubbed this season, "resolutions." Thank goodness because the various storylines will have conclusions, and viewers will have closure.

Don't you just hate it when a television series ends prematurely without a resolution of storylines? Downton Abbey's memorable characters deserve an ending to their stories. Viewers can imagine the characters’ lives past 1927, when the depression struck America, and ripple effects were felt worldwide.

One of my favorite characters is the properly British Lady Violet Crawley, the Dowager Countess of Grantham. She has reached an age where her often caustic deadly one-liners are fan favorites. Maggie Smith brilliantly delivers the "zingers" as only she can. One of my favorites is the brilliantly written telephone episode. Can you imagine a time when the telephone was introduced to the estate? You can view Fellow's version as written for Lady Violet below.
Since it's all ending, you can use Julian Fellows characters as a “for fun only” writing exercise. Write your own continuation of the characters’ lives as they deal with the changes in the world from 1927 forward. Ready set go.