Winning the Powerball in Tennessee 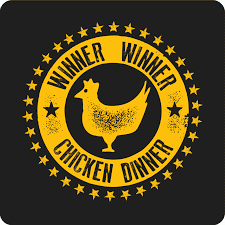 "Winner winner...chicken dinner." Yes, that's right, I won in the biggest lottery jackpot ever in the U.S. Powerball. My win was a whopping $8, just enough to buy a chicken dinner from World Famous Gus's Fried Chicken in Memphis, TN.

The Powerball lottery on January 12, 2016 was approximately 1.6 billion dollars. There were three winners of the big jackpot. Lisa and John Robinson were the first winners to publicly announce their win. They live in a town of 6000 folks in Munford, TN just north of Memphis. The Robinsons said they agreed to appear on NBC's Today Show prior to claiming their winnings on advice of their lawyer, Joe Townsend. The day was a whirlwind for the couple. They appeared on The Today Show, flying by charter jet from Memphis to NYC. After the Today Show appearance, they flew from NYC to Nashville to claim their winnings. From Nashville, they flew back to Memphis where a limousine whisk them away. They had a private tour of Elvis's home, Graceland. The Graceland tour was shown on NBC's Today Show on Monday. I'm happy for this couple and wish them well. I hope they are able to retreat back to their former lives and enjoy their winnings. Unfortunately, because of the publicity it seems that may be hard for them to do.

As authors, we work in relative obscurity. Once published, we have to get the word out about our books. It requires authors to become actively public on social media. An author may participate in tv and radio interviews, book signings and maybe even an appearance on NBC's Today Show. So how do you keep your private life private? The trick is being able to retreat from the public eye to resume your life as you write your next book.

The lessons to learn from these TN lottery winners is to be cautious with what you share as an author. The Robinsons had a personal social media presence and it was still viewable when they appeared on The Today Show. They were candid in their interview about were they worked, lived, shopped for groceries and attended church. Their home was seen on local news both tv and in print. It is my hope they now have security in place to help them manage any unwanted contact from the public. 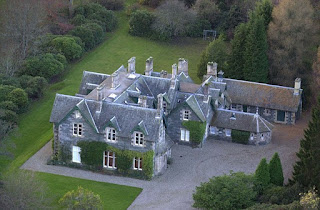 Author J. K. Rowling moved her family to a Scottish estate, Killiechassie midway through the famed Harry Potter seven-book series. She authored four of the Potter books in this home. She has sold that estate and now resides in a 17th century mansion commonly referred to by Edinburgh locals as "the fortress Rowling."

Rowling seems to have found the balance of protecting her private life and maintaining contact with her fans via her interactive website, Pottermore. Her website is geared to entertain her fans without the need to make her private life public. Something to consider before your book becomes the next big thing.

What are your thoughts?