The Ghost is Alive and Well, Part Two 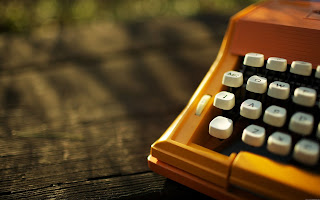 I wrote SPIDERS after my father died.  Before Dad passed away, I was a strict disciple to the notion that in the ghost story, ghosts are NEVER the antagonist.  I believed that the ghost’s role in such tales was to be the catalyst to a mystery; that they were a loved one to be avenged (Hamlet’s Father), or a tool to expose some terrible wrongdoing (Straub’s Ghost Story).  I’d always felt that a true haunting came with the protagonist having to delve into deep psychological darkness in order to uncover the truth to these hidden mysteries.  I felt that authors that used ghosts as antagonists were doing the genre an injustice, as they were reducing the ghost to the same realm as the vampire, zombie, and serial killer (and I can recall with great clarity and frustration an argument I had with a colleague that Freddy Krueger of the A Nightmare on Elm Street series was NOT a ghost, although nowadays I’m not so sure I was correct).  Beyond that, both literature and Hollywood were producing new, scary works that also prescribed to this opposing view of ghosts as antagonist.  Joe Hill’s Heart Shaped Box was a significant critical success, with the ghost of Craddock McDermott stalking the aged rocker Jude Coyne and his girlfriend Georgia.  The film world was turned upside-down with Japan’s image-laden Ringu (The Ring) and Ju-on (The Grudge), both of which featured ghosts that not only had mysteries, but also had an insatiable lust to torment the living. And a tidal wave of knock-offs came crashing behind them.
I don’t consider this to be a bad thing.  Far from it; I found the ghost story to be exciting again.  But not just the ghost story in itself, I found the new surge of fan appreciation to be invigorating and inspiring.  Heart Shaped Box was not just an intense, break-neck story…it was an homage to the myth and legend of rock ‘n roll.  The Japanese films and their Americanized reboots were steeped in dark tone and atmosphere and upsetting imagery.  Even the faux-documentary films like Paranormal Activity were scare-inducing thrill rides.  It was just that I was a stubborn cuss that wasn’t ready to change my perspective about what I thought I knew best.
WHERE SPIDERS FEAR TO SPIN has a ghostly antagonist.  I’d be lying if I didn’t say that my perspective on the ghost story changed after my own father’s death.  After all, the ghost of Andrew Mills IS a father and IS out for his own personal revenge, rather than expecting his daughter Theresa to solve any mysteries and avenge him so that he can rest in peace.  The book is, by extension, my own personal coming to terms with my father’s death, even if my Dad’s passing has absolutely nothing in common with Andy Mills.  With this story, I wanted to take on a fresh perspective…something I had not examined before but needed to do so to cope with my own loss.  This book is chock full of dark, disturbing imagery and tone.  It revolves internally with death and afterlife and the shadowy spaces in between.  And at its core is a redemption tale, which continues to fascinate me.  I think my father would have liked it. 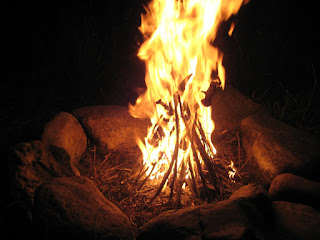 And therein lays the key to the ghost story; that perspectives change.  Even though children will always thrill and shriek at campfire ghost stories, even though horror films will find new ways to expose supernatural occurrences, even though we horror writers will invent new characters to haunt and be haunted, our understanding of death and how we feel about it will never be satisfied.  Ghosts were not meant to be metaphors like their monstrous brethren of vampire, zombie, and serial killer.  Ghosts are intimate reminders of our own mortality.  Ghosts are US in the future tense, in a future that is unpredictable within a landscape of darkness and uncertainty.  Ghosts are the conflicts we create for ourselves when we turn off the lights and imagine what death will hold for us. 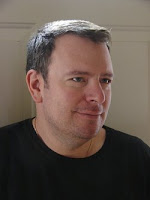 Email ThisBlogThis!Share to TwitterShare to FacebookShare to Pinterest
Labels: A Nightmare on Elm Street, Ghost Story, Hamlet, Heart Shaped Box, Part Two, Peter N. Dudar, The Ghost is Alive and Well, The Grudge, The Ring, WHERE SPIDERS FEAR TO SPIN