The Phrase That Pays 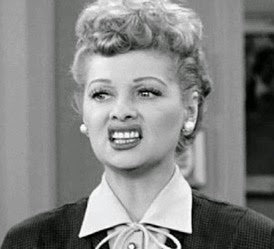 Chances are, these famous lines effortlessly brought up images of Gary Coleman, Ralph Kramden and Fred Flintstone, even if it's been decades since you last heard them.  From the earliest days of entertainment, the catch phrase has been a staple of dialogue for popular characters. From Fonzie's raspy "Ayyyy!" to Lucy's toothy "Ewwww," we're reassured by their familiarity and disappointed if we don't hear them.

Today the catch phrase remains as popular as ever.  "The tribe has spoken," "You are the weakest link," and "Is that your final answer?" entered our modern lexicon through reality and game shows. Meanwhile, both sitcoms and dramas continue to feature main or secondary characters known for  repeating pet expressions.

The characters we write can likewise benefit from this verbal quirk.  We ourselves have a habit of saying certain phrases, so why not give your protagonist the same liberty?   Some of literature's most beloved characters weren't slow to indulge in slogans. The potential of a good catch phrase to weave its way into our hearts is elementary, my dear Watson.

One thing to be careful of is to avoid having more than one character use the chosen phrase.  If your hero has a penchant for saying "Holy moly!" it dilutes its power and confuses the reader if the next door neighbor claims it too.

Like anything, catch phrases can be overdone to the point of irritation.  But tastefully timed appearances are a welcome insider's wink to our readers as well as a reinforcement of a character's unique personality.  Who knows?  Maybe your hero will utter the next catch phrase that will catch on.