Conflict makes any story a story, and the most obvious conflict is the one between the protagonist and his obstacle. But an easy and easily overlooked source of conflict is contrast, which is often found in the hero's own best friend. 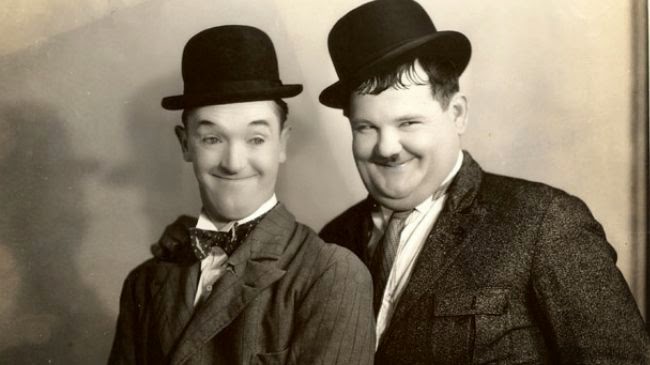 If we think of the great duos in the history of entertainment, contrast is easy to spot.  Laurel & Hardy, Fred & Barney, Ralph Kramden & Ed Norton feature large heroes who will never be confused with their counterpart.  But the contrast doesn't end in the big and tall shop.  The hero is often loud and blustering compared to their more mild-mannered companion. The mismatch makes for subtle but effective conflict.

A partnership of young and old can provide rich contrast.  In the pairing of Back to the Future's Marty McFly and Doc Brown, we get not just an age difference but the combination of the high-schooler who needs help and the absent-minded professor who knows just enough to get them both in trouble.  In the end, the youngster's cleverness and the elder's experience combine to save the day.

You don't have to look far to find conflict in a romance, where the mere pairing of male and female creates an unspoken battle of the sexes.  Has there ever been a Disney romance where the heroes didn't start off on a bad foot?

Even the music world has discovered that the audience has an ear for contrast.  What sick genius envisioned that Bing Crosby and David Bowie could actually record a decent Christmas duet?  And who would have guessed that Tony Bennett would have deigned to record an entire album with Lady Gaga?

If you're Sherlock Holmes,  it's helpful to have a Dr Watson to throw enigmatic observations to. The befuddled companion who comes along for the ride readily allows for exposition that comes naturally as the two converse from their own perspectives.

In a nutshell, conflict isn't just found in the great quest or in a lover's spat.  A partnership with two unlikely companions offers an undercurrent of contrast that creates a little friendly tension.