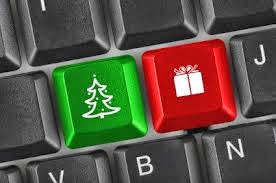 Don’t hate me—but I have all my shopping done.

Not everybody likes shopping, but I happen to love it, especially at Christmas. Recently, I embarked on an expedition to ferret out gifts in my favorite category: books.

Books make wonderful presents. They’re easy to wrap, easy to mail, you don’t have to know sizes and with a little thought, you can find the perfect one for each person on your list. You can find pages of books from Southern Writers Magazine’s first annual holiday catalog for your shopping needs.

They can be economical, too. If you’ve found the ideal book for a person, what does it matter if you found it at Barnes & Noble, on Amazon, Southern Writers Magazine's Holiday Catalog, in a thrift shop, a used bookstore or at a yard sale? I learned this from my sister-in-law. One year, she made a specific request for a hard-cover copy of Josephine Tey’s mystery, Miss Pym Disposes. I found plenty of paperback copies—I had two in my own personal library—but a used hardback copy was finally located online. It was such a satisfying treasure hunt; I decided to stage the same search for every friend and family member.

My dad is a musician and loves to sing the standards as he plays the piano. On Amazon, I found something called a fake book, which I learned contains the lyrics and music to several thousand standards and pop hits. He’s going to love taking requests at the family gatherings.

Next on the list is my husband, an engineer who enjoys military histories.  A nearby used bookstore called Mr. Mike’s yielded up two that will be perfect: Post Captain, by Patrick O’Brian (author of Master and Commander) and Mr. Midshipman by C.S. Forester, which introduces the character of Horatio Hornblower and kicks off a rip-snorter of a series. I’ll wrap them together.

I mustn’t forget the grandchildren. Fortunately, I have held onto a wonderful series of books by Beverly Clearly that my own children enjoyed and it’s time they were passed on to a new generation: Henry Huggins, Henry and Ribsy, Ribsy and Henry and the Paper Route, one for each grandson and Ellen Tebbits for my very feminine granddaughter. She will definitely identify with the prissy little girl’s hilarious efforts to stay clean, neat and ladylike.

Next up is my brother, an attorney and expert amateur chef.  As a teenager, he was inspired by a TV show, Graham Kerr’s The Galloping Gourmet. One New Year’s Eve, after our parents turned in early, he carefully prepared Kerr’s Steak Diane recipe for my sister and me. It was so glamorous and grownup; we ate at midnight. At our local thrift store (charmingly named The Guardian Angel) I located a Graham Kerr cookbook. It’s my way of saying I remember that sweet, long-ago evening.

My sister enjoys all things British. Earlier in the year at a yard sale, I found an elderly hardbound copy of P.G. Wodehouse’s humorous Joy in the Morning. The seller didn’t know the treasure he had; I got it for a buck. A critic once said that Wodehouse handled grave issues lightly and light issues with the utmost gravity. Either you get his humor or you don’t. My sister gets him.

My nephew, the outdoorsman, is next. He has a raucous sense of humor and if he doesn’t like the book I found at our local indie bookstore, I’ll eat my coonskin cap. A Fine and Pleasant Misery by Patrick McManus is a rollicking account of his childhood adventures in the wilds of Idaho and of his dream of becoming a Mountain Man like the legendary (though fictional) Rancid Crabtree.

My niece is a new mother and I ordered her present immediately upon receiving the baby announcement: Feed Me, I’m Yours by Vicky Lansky was a life-saver for me when my children were small. I was pleased to see that it’s still in print, albeit updated. This is the book that taught me how to make fruit juice gelatin cubes that saved many a long car trip. Her present is from one mother to another.

My daughter shares my enthusiasm for mystery, so I’ll be giving her A Presumption of Death by Dorothy Sayers and Jill Paton Walsh, who fashioned a fascinating new mystery about the British home front from the late Sayers’ notes. Lord Peter, Bunter and Harriet Vane live again. It’s a few years old, but Amazon had new copies available. 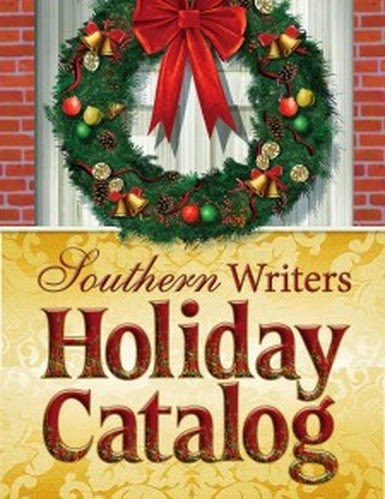 My friend is new to writing, but as a retired nurse, she has a plethora of fascinating subjects swimming around in her head. This year, I’m giving her Mary Higgins Clark’s Kitchen Privileges, a light, easy-to-read autobiography to show her how personal stories can both amuse and inspire. 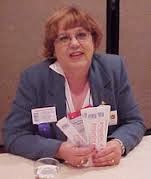 E.E. Kennedy is the author of the Miss Prentice Cozy Mystery series from Sheaf House. The third book in the series, Murder in the Past Tense, was released in September. She respectfully suggests it as an excellent gift for the mystery lovers on your list. Her website can be found at www.missprenticecozymystery.com

Email ThisBlogThis!Share to TwitterShare to FacebookShare to Pinterest
Labels: E.E. Kennedy, Murder in the Past Tense, Shopping and My Christmas List of Books, Southern Writers Magazine's Holiday Catalog