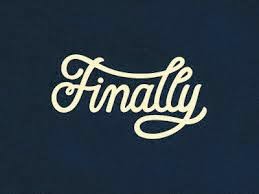 When I finally got my first publishing contract, friends who had supported me during my long prelude to publication crowed, “Perseverance pays off—you did it!”

Although I smiled in agreement what I secretly knew is that it took a lot more than perseverance.

In the late eighties and early nineties I wrote one book after another and snagged one fabulous agent after another, each of whom would at the end of a year send my torn and tattered manuscript back saying with regret, “close, but no cigar.”

When my son started school I took time off from the rejection cycle to just be a mom. I wrote school newsletters, articles and copy for annual reports. And I wrote some fiction, but I didn’t send anything out. When he was a senior in high school, it was time to gear up again. I wrote a new book, and started looking for an agent. But in ten years, the publishing world had changed! Before, I had easily found agents. This time, even an agent eluded me. Although I got several nibbles, there were no offers of representation.

So what happened that eventually led to success? I started taking myself seriously, stopped sending out “good enough” manuscripts, and started trying to write the best novel I could--something that came from deep inside me. I studied current fiction trends, paid attention to how the publishing world was evolving, and worked on finding an agent who was right for me. Before, I had simply trusted to luck and instinct to find my way to publication. Now I realized it took a lot more.

You can learn a great deal from books about writing and publishing. But nothing is better than talking to fellow-writers. I attended workshops and writers’ conferences, and joined a critique group. I talked to other writers who had written one book after another before they got published--and I listened to what they did to finally break through.

With the current publishing climate, I had to make the decision whether I still wanted to go through a traditional publisher or strike out on my own. Was it perseverance, stubbornness, or fear that kept me going after a traditional publisher? Probably a little of each. I knew that whichever way I chose, I still had to perfect my craft, make my book as good as it could be and target my audience. 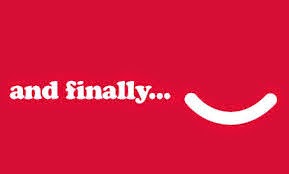 And finally I found a publishing home and I thought I was home free. Not so fast! There was a new learning curve, one I’m just beginning to understand—promotion and marketing. A whole new bag of tricks.

Terry Shames is the best-selling author of A Killing at Cotton Hill and The Last Death of Jack Harbin, (Seventh Street Books). Her most recent book,  Dead Broke in Jarrett Creek releases October 7th,2014 and can be pre-ordered. Her books are set in small-town Texas and feature ex-chief of police Samuel Craddock. Terry grew up in Texas and has abiding affection for the small town where here grandparents lived, the model for the fictional town of Jarrett Creek. She lives in Berkeley, CA with her husband and two rowdy terriers. She is Vice President of Norcal Sisters in Crime and on the board of MWA Norcal. For more information, please visit her website: www.Terryshames.com.