Mark Twain Was Right: Truth Really is Stranger Than Fiction 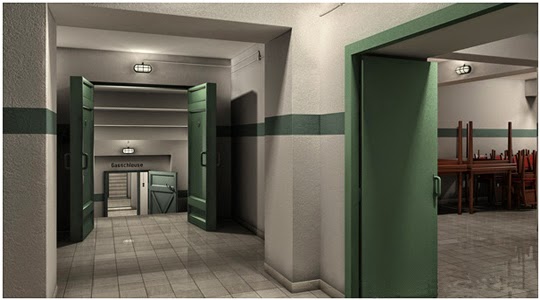 The walls went from plasterboard to cold green tiles; the carpeting became institutional linoleum. When an airlock door slammed shut behind me, I realized--too late--that I had followed a coroner into the actual morgue.

It’s moments like these that make you think twice about writing nonfiction.

My first thoughts went something like this, “What if there are bodies in here?” (duh). “Am I going to embarrass myself by fainting or barfing or otherwise wimping out?” And, “what is floating in that Tupperware?”

(The answers are: Yes; sort of--I’d have to leave the room when I started to feel panicky; and organs awaiting lab analysis.)

A few seconds later: “This is pretty cool.”

Mark Twain once said that it’s no wonder that truth is stranger than fiction--because fiction has to make sense.

To me, one of the best things about writing narrative nonfiction is that it takes you places you never expected to go and allows you to meet people you never imagined you’d meet. You then hear people tell you things that confirm--in case you ever doubted it--that the real world doesn’t actually make much sense. The writer’s challenge is to create a framework that helps your readers make sense of it.

Trailing around after the Mike Murphy, the colorful real-life coroner for Las Vegas--the setting for the original CSI--was one of the scenarios I couldn’t have anticipated when I set out to write a book about the national problem of unidentified human remains.

In 2010, I’d come across a facial reconstruction of a 1974 Provincetown, Mass., murder victim--a doe-eyed, auburn-haired beauty who, inconceivably, had never been identified--and I was off and running, researching a topic that I had previously never knew existed.

I spent two years writing THE SKELETON CREW: How Amateur Sleuths Are Solving America’s Coldest Cases, and many of my interviewees lived in the South. I went to Arkansas, Tennessee, Kentucky, North Carolina, South Carolina, and Mississippi. I encountered accents that at first threw me for a loop, as I’m sure mine did for my interviewees. In the end, I exceeded my comfort zone in a dozen ways, met some amazing people and ended up with compelling material that sheds light on a little-known issue.

So the moral is: don’t shy away from the unknown. Even if it means catching a glimpse of an autopsy in progress or bodies lined up on gurneys. Even if you must--as I did that day--high tail it out of the morgue. Because every experience provides material that you can then imbue with your own unique perspective. And a writer--especially a nonfiction writer--is only as good as his or her material.

Deborah Halber started out as a daily newspaper reporter, then worked as a writer and editor for Tufts and as a science writer for MIT, where she chronicled everything from quantum weirdness (that’s the technical term) to snail slime. A freelance journalist since 2004, her writing has appeared in The Boston Globe, MIT Technology Review, the graphic news magazine Symbolia, and many university publications. Her narrative nonfiction book, THE SKELETON CREW: HOW AMATEUR SLEUTHS ARE SOLVING AMERICA’S COLDEST CASES, released in July, from Simon & Schuster. She lives near Boston in a house with a lot of former pets buried out back. Her website is www.deborahhalber.com