Tripping Your Way to Success 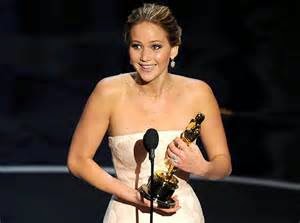 A good analogy might be Jennifer Lawrence at the 2013 Academy Awards. You'll recall that the graceful beauty tripped on her gown while ascending the steps to accept her Oscar for Best Actress. A lesser thespian might have let the stumble spoil their acceptance speech, but the star of Silver Linings Playbook laughed it off and went home with the gold.

The ability to "shake it off" is a prerequisite to success echoed in every field, from entertainment to sports to high finance. The pros know that the easiest way to hit a roadblock is to let a trip trip you up.

It is said that songwriters have to write a lot of bad songs before they can write a good one.  That sentiment has been repeated so often by so many songsmiths that it has become a cliché, and like most clichés it has its basis in truth.  Of course, the same applies to any writing. We have to be willing to write a lot of bad paragraphs before we can inherently understand what makes a good one.

We learn more from our mistakes than we do from our successes. (Which do we dwell on more?) Going from good to great in whatever we do requires abandoning fear of failure and developing a willingness to take chances that take us out of our comfort zone.

Comedy icon Jerry Seinfeld recalls that he was "out of your mind nervous" the first time he appeared on Carson. Even now, decades later, he admits, "I'm very respectful of anyone who attempts to stand on that stage. It's a very difficult thing just to stand there." Yet he adds that it is that very discomfort that fuels him as a performer. "The worst thing is when you get comfortable. That's why success is the enemy of comedy."

Each week on TV we are treated to an endless array of workplace competition shows where standup comics, amateur chefs, tattoo artists and runway models are thrown new challenges and face possible elimination. The good news is, real life doesn't eliminate us when we mess up. The greater the error, the greater we stand to learn from it. In that spirit, we should be proud to make mistakes that are epic.

One of the finest writers I know told me last week that she was appalled when she re-read something she wrote a mere few months ago. Letting something sit and then visiting it with new eyes once the initial infatuation is over is one of a writer's most valuable experiences. Many successful authors have learned to write their first draft like a writer, and revise the second draft like an editor.

As hockey legend Wayne Gretzky said, "You miss one hundred percent of the shots you don't take." In the creative arts, don't be afraid to challenge yourself beyond what you know. If you've fallen in love with writing, falling is part of the fun.