My Writing Story In One Word—Persevere

I first began writing seriously about nine years ago when I was working on a Master’s degree in English, and almost every day between then and now, I’ve received and read literally hundreds, perhaps thousands of tips on being a successful writer.

And almost all of them were good.

But the best advice I ever read was from the novelist Richard Bach: “A professional writer is an amateur writer who didn’t quit.”

Perseverance, in my opinion, is the most important quality a writer can possess. Perseverance is the ultimate trump card, and it’s far more important than talent or luck or even connections in the publishing world, although all of those are wonderful and certainly helpful.  But perseverance is what is going to get a writer to sit down and write.  Everyday.  No matter what.

Perseverance, it ain’t sexy, but it’s powerful, especially if you are one of the chosen ones who have talent.

And here’s the best part: you’re not born with perseverance; it can be learned and developed.  The only real question you should ever ask yourself is, “How hard am I willing to work to become a successful writer?”

Which brings me to my debut novel Go Go Gato.  I did some calculations and figured out that by the time a publisher accepted that book in October of 2013, I’d already written roughly 300,000 words of fiction, which didn’t include the four or five stories that had been published in small journals and literary magazines. (Note: I made no money on these stories).  However, the 300,000 words did include twenty or so unpublished short stories and one full-length novel that my wife, God bless her, correctly concluded was “not good at all.” 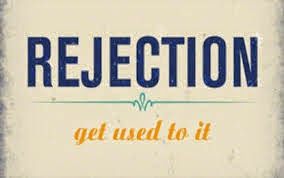 Now, all those rejections I received from editors, agents, publishers, and even my wife were painful, but the pain was useful.  It was instructive.  Those rejections forced me to dig deeper, and I came to a sobering conclusion: I wasn’t good enough, yet.  Those editors, agents, publishers, and yes, my wife, they were right to reject my work.  Just as I was right to work harder at my craft, to keep sending my best possible work out into the world, and now, on August 1st, my dream of being a published novelist will come true.  Only took nine years.  But it was worth it.

Bottom line, we spend time on the things we value most, so if you want to be a successful writer, work hard, harder, hardest.

MAX EVERHART has a master's degree in creative writing from the University of Alabama, Birmingham. His short stories have been published in CutBank, Elysian Fields Quarterly, Slow Trains Journal, and juked. His short story, "The Man Who Wore No Pants," was selected by Michael Knight for Best of the Net 2010 and was nominated for the Pushcart Prize and Dzanc Books' Best of the Web Anthology. Currently, he teaches English and Creative Writing at Northeastern Technical College and Coker College. Go Go Gato is his first novel, and the first book in the Eli Sharpe Mystery series. His website is http://www.maxeverhart.com and his social media contacts are; www.maxeverhart30.wordpress.com  https://twitter.com/maxeverhart14
www.facebook.com/max.everhart.33