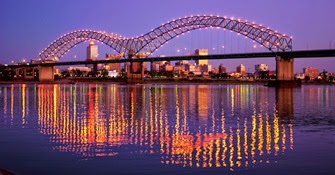 Being raised in Memphis and instilled with Southern manners as if from a rulebook, when it came to my author book signing at my local bookstore, I did what any Southerner would do: I conducted the affair as if it were a party. None of this sending out a general circular e-mail-- oh no, I went through my contact list and e-mailed each person individually saying how thrilled I’d be to see them at the event.

I had glossy 5x7” postcards made with my book cover on front and a blub on the back with the time, date, and place of my event.  For three weeks prior, I carried the cards with me wherever I went.  Now then, there’s a fine line between being enthusiastic and being pushy, and since I’m the chatty sort who talks to both acquaintances and strangers easily, I wanted to be ready but not obnoxious. The thing about being Southern is we just assume the world is a friendly place, and it’s miraculous what transpires because of this attitude: the world tends to step up. Be it in the grocery store, the post office, or in line at the bank, I had a surprising number of opportunities to reach into my purse and produce my post card as if it were a gift.

Timing is everything in life, so when I heard my town’s local newspaper was under new ownership, I wrote the new editor saying I’m a local author who’d love to meet her in person. The result was a full-page interview the week of my book signing.

What I learned growing up in the South is no gathering is complete without sugar, so it is my good fortune to have a friend that loves to bake. When she asked if there was anything she could do to help for my book signing, rather than humbly demurring, I said “Yes!”  An assortment of cookies was set out buffet style, and I brought one of each for the bookstore employees, who would still be standing there long after the event.

On the day of the event, a full-sized poster of my book cover was placed in the window, and forty chairs were arranged before the desk I sat behind, along with a friend I’d commissioned to compile a list of attendees for my next book signing. I’d been asked to read from a chapter of my book, yet I’d written a suspenseful page-turner whose chapters fit together like pieces of a puzzle and I didn’t want to give any part of it away. Being Southern, I felt the inherent need to give the attendees a large dose of gratitude, and decided to do so by telling the peculiar story behind my book’s inspiration, which made the atmosphere feel like a fireside chat.

Claire Fullerton is the author of A Portal in Time (Vinspire Publishing.)  Her second novel, "Dancing to an Irish Reel" will be published in early 2015. She is a three-time, award winning essayist, a contributor to numerous magazines, and a multiple contributor to the "Chicken Soup for the Soul" book series. She had her own weekly column in the ”Malibu Surfside News," and is currently writing a Southern family saga based on her award winning narrative in the San Francisco Writers Conferences' 2013 contest. www.clairefullerton.com