Songs in the Key of Life


"Where do you get your ideas?" is one of the most-asked questions of any writer, and almost always the answer involves simply observing real life.  Our daily experiences are a constant source of inspiration for any practitioner of the pen, and some of the most famous examples have endured the test of musical time.

Throughout the songwriting of the Beatles, real life runs rampant.  "Lucy in the Sky with Diamonds" gets its name from a classmate of John Lennon's son Julian, who drew a picture showing her with diamond-shaped eyes. John's deceased mother Julia was the inspiration for a number of his songs, as was Paul McCartney's mother ("Let It Be") and his sheepdog ("Martha My Dear").  "Lovely Rita", about a meter maid, was sarcasm in song after Paul was issued a ticket by a female parking attendant. "Michelle" started out with similar farcical intentions, ridiculing a French art student Paul had seen singing at a Liverpool party.  "Hey Jude" was originally titled "Hey Jules", intended to encourage John's son Julian during his parents' breakup.  I could go on and on, and I think I just did.

Rumors have survived the decades regarding Carly Simon's biggest hit, "You're So Vain", mainly because Carly still playfully refuses to identify the victim of her vitriolic vocals, said at the time to be anyone from Warren Beatty to David Bowie.  She has at least confirmed that it was not Mick Jagger, who sings backup on the song, nor her soon-to-be husband at the time, James Taylor.

Speaking of Sweet Baby James, Taylor's first hit "Fire and Rain" was written after the suicide of a childhood friend named Suzanne ("Suzanne, the plans they made put an end to you").  It also includes allusions to his early failed band The Flying Machine ("Sweet dreams and flying machines in pieces on the ground").

I'd be remiss not to mention Stevie Wonder (since I stole one of his album titles for this post). Among his 500+ compositions are the hits "Isn't She Lovely" (written after the birth of his daughter Aisha), "Sir Duke" (a tribute to Duke Ellington and other artists of the big band era) and "My Cherie Amour" (dedicated to a girlfriend whose name was actually Marsha). 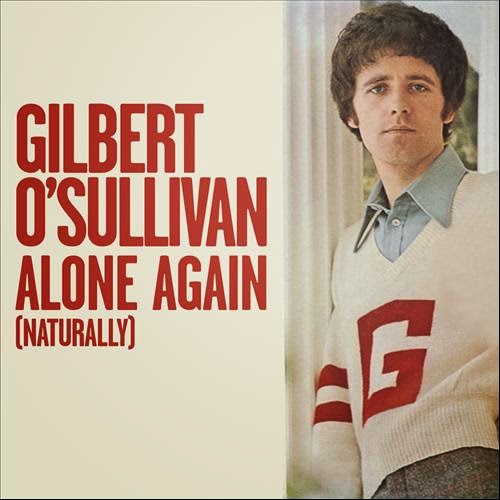 For anyone who remembers Gilbert O'Sullivan's breakout hit "Alone Again, Naturally", it's only natural to feel a little sorry for this young lad for whom "reality came around" and cut him into little pieces after being stood up for his own wedding.  The song continues to lament how he "cried and cried all day" when his mother passed away.  But don't feel too bad for him; every bit of it was fictional and Mrs O'Sullivan was just fine.  He later, however, wrote a hit song about his real-life niece, "Clair", which became one of the most popular baby names in the months that followed.

More recently, Heaven help anyone who gets on Taylor Swift's bad side.  John Meyer, Taylor Lautner and Kanye West are purportedly among the targets of her poisoned pen.  Swift neither confirms nor denies any speculation, because a lady never tells.  She just writes songs about it.  You kids.

It's only human nature to want to hear the stories of others.  It's our calling as writers to share those stories with the world. The joys and sorrows we live through aren't just personal experiences, they're endless ingredients for whatever literary cake we choose to bake.