How to Plan Your Novel and Why It’s Important

When I started writing I had an excellent and well-respected literary agent but my first novel remains unpublished. So for this blog post I thought I’d concentrate on overcoming the one factor that I believe prevented me from securing a publishing contract back then. Here’s the culprit: a lack of structural planning. Or, simply put, not having a plot before you start writing your novel.

When I began to write my first (unpublished) novel I had a basic idea in mind. I had read a book and a particular fact fascinated me. I saw this as the kernel from which my novel would grow. Unfortunately, when I began writing I soon found myself going off in all directions like the branches of a tree. I had no focus and spent hundreds of hours trying to figure out the plot. As a result, the plot was pretty lame, I have to say.

The remedy for this is to plan out your novel as best you can before you start writing it. I used to do a lot of mountaineering, but the thought of going into the wilderness without a map and a clear indication of where I was going and how I’d get there would have been unthinkable. I soon found out that it’s the same with writing a novel.

There’s a wide spectrum of thought on structural planning, everything from a page to a hundred pages. One successful author plans out every paragraph. Well, I’m somewhere in the middle. I do a summary for each chapter. Being a thriller writer, my chapters are short and punchy, and the overall summary is about 10,000 words. This means that for a novel of 100,000 words with 100 chapters, each chapter summary is on average 100 words. Some are no more than a couple of lines, but if the muse takes me, I can write half the length of the actual chapter during this process. 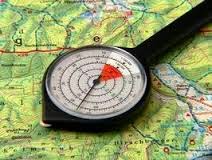 The more you do at this stage the less you have to do when you write the book. You can concentrate on getting a scene right rather than trying to figure out how it will fit into the plot. This doesn’t mean that you have to slavishly continue on the planned route as you are in the writing process, but it does mean that you only take little detours rather than full 180 degree turns. And when you do decide to go off-road, you’ll find that you will do so with confidence, because you are still within sight of the main highway. 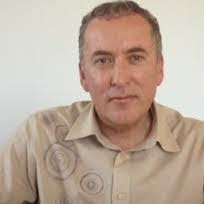 Gary Haynes studied law at Warwick University and completed his postgraduate training at the College of Law. As a lawyer, he specializes in commercial dispute resolution. Outside of work, he comments upon Middle East politics and keeps fit at his local boxing gym. Gary is published worldwide by Harlequin. He writes cinematic-style, fast-paced, action-packed political/military/spy thrillers. His current book is State of Honour. He will be writing a series of novels based on his main character, Tom Dupree, a special agent in the US Bureau of Diplomatic Security. His favourite quote is: You miss one hundred percent of the shots you don't take. Author website:  http://garyhaynes.weebly.com

Email ThisBlogThis!Share to TwitterShare to FacebookShare to Pinterest
Labels: Gary Haynes, Harlequin, How to Plan Your Novel and Why It’s Important, Southern Writers Magazine, State of Honour, US Bureau of Diplomatic Security, Warwick University