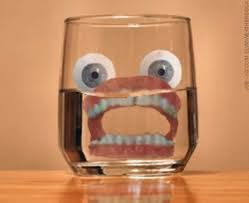 As a child, I had a chipped tooth like Katie in my book. Now, I’m a grandma. I have worn false teeth for many years. On two separate occasions, my false teeth have taken flight.

The first time was at a party, in a club with the band playing “Twist and Shout”. My date and I were on a hot, crowded dance floor talking over the music. Unbeknownst to me, my mouth dried out, I took in a gulp of air and my upper plate flew from my mouth to the floor. Fortunately, the club was dimly lit; I twisted down to the floor, picked up my teeth, slid them into my pocket, twisted up to a standing position and scurried off the dance floor toward the restroom.

Years later, married, with a family. In a heated argument with my middle son, it happened again. Same thing, dry mouth, gulp of air, and out they flew. After a second or two of shock, my son and I laughed so hard the argument was completely forgotten. I have had first-hand experience with flying false teeth.

A portion of the fictional story is about cherry cream pies that my husband makes (true); planting a seed idea for this book. For our monthly church potluck lunch, my husband had made two cherry cream pies. There was an elderly, gray-haired lady who after eating her lunch went to get a piece of the pie. Just as she got to the table, the last piece was whisked away. Upset, she marched over to our table, plopped down in a chair, and said, “Some little blond-headed boy took the last piece of pie. I really wanted that pie!” My husband and I made the appropriate sympathetic faces. He told her, “I will bring you a pie of your very own next Sunday.” Later, we laughed all the way home, somewhat embarrassed. The little blond-headed boy was one of our sons.

I have rewritten this book six or seven times. In fact, I began writing it even before I wrote my first published children’s book, My Air Force Mom, and it has taken years to get it just right. It eventually evolved as a book that shows children may choose to use humor to diffuse a situation with bullies. As my husband is fond of saying, this book was a ten-year “overnight” success. 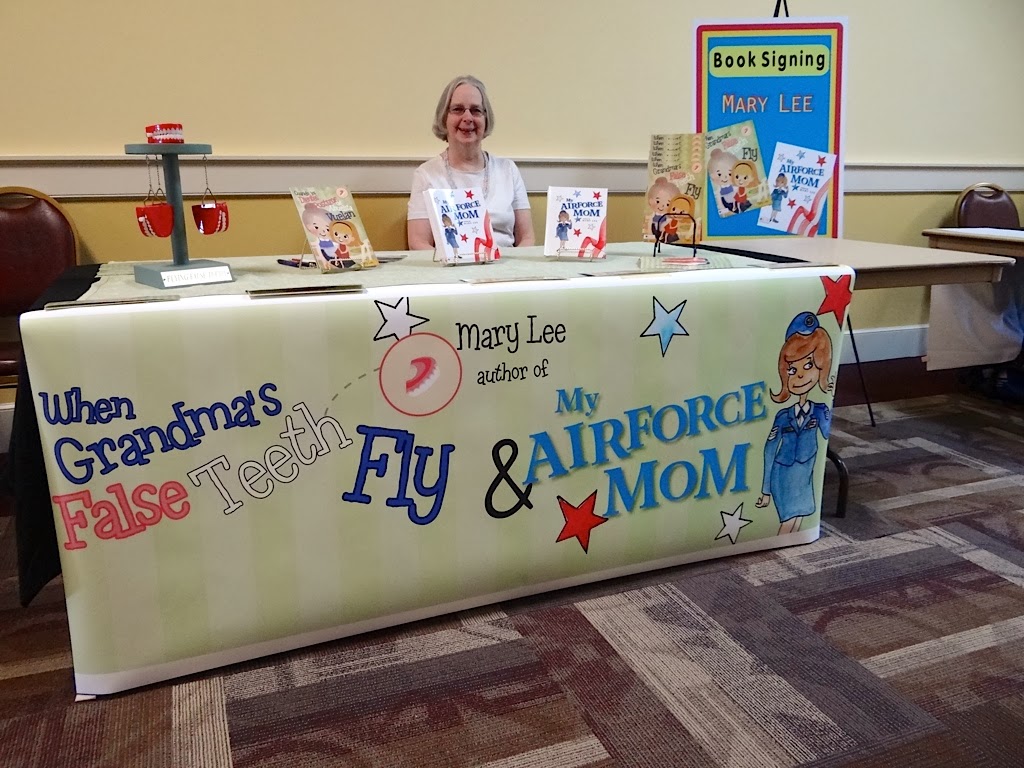 Mary Lee’s first published children’s book My Air Force Mom, a winner in the Children’s Fiction Category of the 73rd Annual Writer’s Digest Writing Competition, was released in 2007.  Mary’s second children’s book, When Grandma’s False Teeth Fly was released February 2012.  This book won the Silver Medal Award from the Military Writers Society of America for the Children under 12 and it was chosen as the Reader’s Favorite Book Finalist Award for Children K-3rd grade category.  It is also available on Kindle and available in Spanish.  Mary’s third book, The ABC’s of Titles for Tiny Tales, is scheduled for release in the spring of 2014. Mary obtained a Masters Degree in Social Work at the University of South Carolina.  She enjoys reading, movies, writing, and acting.  Mary and her husband Chuck currently reside in . Visit http://marylee.tateauthor.com   www.facebook.com/AuthorMaryLee