Historical Research during a Controversial Era 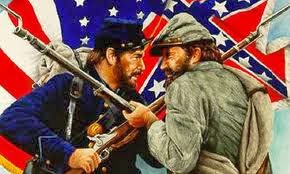 Researching the area of the country that your story takes place in can be a minefield, no pun intended. An author has a responsibility to put characters into an accurate historical context. This isn’t as easy as it sounds. My current series of romances takes place during the American Civil War.

I’ve spent the past dozen years in a local Civil War roundtable, in which the members are dedicated to remembering four tumultuous years of our country’s past…at least from their perspective, which happens to be decidedly Yankee. Although these dedicated historians believe their information to be accurate, I’ve heard conflicting accounts of the same events while traveling through the South. Who is correct—the distinguished professor of history from a respected New England college, or his counterpart who teaches at the University of Alabama? Far be it from me to decide. Everyone with firsthand knowledge is long dead. I believe there’s never been a more controversial period than the Civil War.

I have visited historical sites in Pennsylvania, North and South Carolina, Georgia, Maryland, and Virginia for background. Once I’m home in my office, I read history books and detailed biographies, and then double-check the info against Wikipedia. I can rest assured of accuracy, right? Wrong. Often three different sources provide three different sets of details. History can’t even agree on the names of battles: Bull Run is called First Manassas south of the Mason Dixon Line, while Maryland’s Antietam is often called the Battle of Sharpsburg. When I tried to ascertain how cavalry general, J.E.B Stuart died at Yellow Tavern, VA, one source said his adversary was a “Union sharpshooter,” while another described him as a “scalawag deserter.” Hmmm. Are you sensing that a source’s geographic location determines the “slant” of the information? If you don’t believe me, compare how university presses in the North interpret the exploits of John Singleton Mosby and John Hunt Morgan against those in the South.

When I started gathering information, I assumed the victor of a particular battle would be cut-and-dried. Not so the case. One account of the battle of Spotsylvania Courthouse, listed the outcome as a “draw,” despite the Union suffering twice as many casualties. However, a U.S. Park Service brochure listed the same fourteen days in May, 1864 as a Union victory. 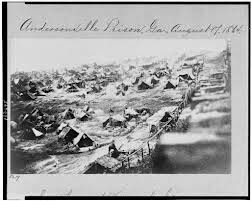 No one could possibly describe conditions at Andersonville Prison as anything but horrific cruelty…unless one studies the residual effects of Sherman’s march-to-the-sea. Unfortunately, destroying food production to reduce Confederate resistance also resulted in the starvation of Union prisoners of war.
As a lover of history, I try to see both sides of complex issues. I am a Northerner, born and raised, but I enjoy spending as much time as possible in the South. I hope my fictional characters will resonate with a sense of humanity that transcends political affiliations to uplift, inform and most of all, entertain. The first of my Civil War Heroines series, The Quaker and the Rebel,releases January 1st from Harvest House Publishers.
____________________________________________________________________

Mary Ellis has written ten bestselling novels set in the Amish community. Before "retiring" to write full-time, Mary taught school and worked as a sales rep for Hershey Chocolate. Living in Harmony won the 2012 Lime Award for Excellence in Amish Fiction. She recently released An Amish Miracle, a collection of novellas, from Harper Collins. She is currently working on book two of her Civil War series. She can be found on the web at:  www.maryellis.net orhttps://www.facebook.com/#!/pages/Mary-Ellis/126995058236

Email ThisBlogThis!Share to TwitterShare to FacebookShare to Pinterest
Labels: An Amish Miracle, Andersonville Prison, Historical Research during a Controversial Era, Living in Harmony, Mary Ellis, The Quaker and the Rebel