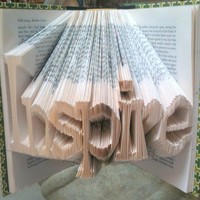 I sat down at my computer today, determined to write. Not scroll through blog posts or check e-mail, blogs, Face book or Twitter, but actually write. It’s been awhile since I did any actual writing. Not having an actual project in mind, but fortified with determination, I pulled up my files and scrolled through them looking for inspiration when I saw one title that I barely recognized but couldn’t quite remember the details. Intrigued I opened the document and began to read.

The story came back to me, but the once vivid details were now only vague memories. It was a great story. Why didn’t I finish it? I procrastinated, that’s why. I let pesky negative thoughts swarm like insects, eating away at my resolve, my self-esteem, my calling. That story didn’t get told and soon another one took its place, and then another.

You see, stories are like living, breathing beings to me. They take form in my mind, creatures with breath and life that grow and transform as I contemplate the possibilities. They consume my thoughts and emotions. They demand my time and my attention. They are jealous of my other commitments and often intrude into the middle of other activities. But if I don’t capture them, if I don’t get them down on paper, then they vanish like strangers in the night, eventually being replaced by the next story that grips my imagination and screams to be told. 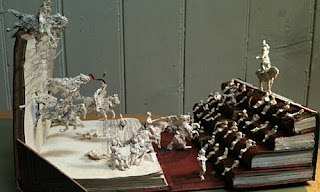 Those who don’t read or write fiction would (and do) say, “It doesn’t matter, they’re just stories. They don’t really need to be told.” But in response to that, I believe the stories disagree. Maybe they’re just fanciful tales that take us away for a few hours of relaxation into another time and place. Maybe they’re just a way of exercising my own demons. The truth is they do have a life of their own. They do have the ability to teach us lessons, become our friends, help us heal hurts and overcome strongholds. They are God’s way of using our imaginations to teach us lessons we can’t see in the harsh realities of life. So they want to be told, they need to be told, and God has given me the privilege of being one to tell them.

So next time you are discouraged just remember the stories rely on you to tell them. They do need to be told and only you can tell them. 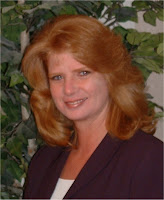 Sandy Stevener’s work has been published in Chicken Soup for the Soul The Power of Positive Thinking and God Still Meets Needs both available on Amazon. She is currently working on her third mystery suspense novel. She and her husband Bill live in Southaven Mississippi where they are involved in local and international missions work. You can follow Sandy on her blog at http://sandy-stevener-mystery-writer.blogspot.com and on Face Book