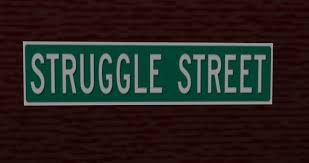 Like many new authors I . I spent a lot of time reading blogs, books and interviews about how to sell lots of books.

I spent time blogging, tweeting and Facebooking. And not much happened. And then I found the secret sauce.  Now it hasn’t quite made me into the next Danielle Steele but the “before’ and ‘after’ picture of my sales is amazing.

That’s it. You’re probably saying well, duh…but how do you write a GREAT BOOK? Let me clarify. You need to write a book that’s good enough so that people will tell others about it…and then go buy your next book.

Perhaps you’re still stuck on the Great Book part. By this I do not mean the Next Great American Novel, though that is a lofty goal. I am more of a genre woman myself – mysteries, romances, suspense.  When I focused on really writing a great book in a genre I made my life as an author much easier. Why? Well, a genre has a built audience of readers always looking for new books, new voices. A genre has some discernible conventions that I believe help a writer get from the beginning, through the middle and onto the end, especially a new writer.

But why do you need to write more than one? Well think of your first book as your loss leader. This book – which must be GREAT – goes out into the world as a gift. Keep the price low, give it away, and encourage sharing. You want as many people as possible to read this book and talk about it…and immediately buy your next one.  It’s your second and third book that will help you pay the bills.

Drea Stein is the author of three romance novels, two of them part of the Queensbay Series;The Ivy House,and Rough Harbor. She really doesn’t have any interesting hobbies…since she’s always trying to write more. She lives in New Jersey (the southern part) with her high school sweetheart, three kids, two fish and a guinea pig. You can follow her on Facebook: http://www.facebook.com/DreaSteinAuthor