The Girl with the Mismatched Gloves 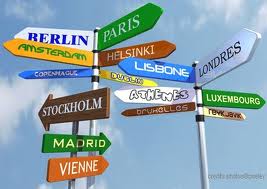 Have you ever felt like an exchange student from Spain who went to try-outs, only to discover that your new friends call your football “soccer” and their version of football involves guys well over six-feet and wearing helmets–who come barreling down the field at you with the sole intention of squashing you like a bug? No? Well, I have.

Although, I am probably more like the clueless Spanish exchange student and the well-prepared American jock who writes fiction not political thrillers or mysteries but post-apocalyptic dystopias. This is clearly why I am a Political Science major. It might seem hard to fuse my writing passion with my career as an undergraduate since American Presidency professors do not usually take too kindly to delightful short stories about how George Washington was really fighting zombies when I am supposed to be writing on the theories behind presidential decision-making.

Trust me on this.

People seem to think that I have two hats and switch from one to the other when I am switching topics of styles of writing from technical to hey-this-is-my-story-and-a-main-character-can-have-natural-blue hair-if-I-think-it-is-needed. This is not entirely true. I do not have two different hats; in fact, I like to think that my seemingly juxtaposed skill sets actually complement each other. I picture myself as wearing two different gloves. One glove is bright and sparkly while the other is perfectly functional, but at least they are the same color. But, unlike two hats, I can wear them both at the same time.

Teachers usually assign the same topics to every class. There is not a huge chance that an individual student is going to come up with a revolutionary idea about the topic. However, using the creative part of the fiction writer’s brain, the academic can perhaps put one of those old ideas in a new light, surprising the teacher and snagging a higher grade.

In fiction writing, the work should have some somewhat logical, cohesive quality to it. It should be crafted and, even if the world in an entirely new one, everything that happens should make sense in the context of that world. Example, yes, you can have blue hair, but is that supposed to draw attention or not? If the answer is no, then why not? Whether you are creating your own planet, or writing a short story about a bakeshop in Savannah, you had better make sure you do your research. Nothing teaches you research skills like a grade resting on a 20-page, inorganic term paper. 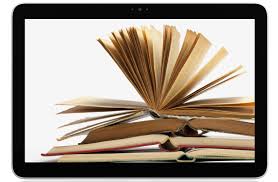 It might seem like strange advice, but go and buy an old English textbook. Flip to a random end-of-chapter assignment and do it. Do more than one. They might just help your writing. Or convince you to never become a lawyer. Either way, I helped you out.

Darcy Sharp lives in a small Tennessee town and attends University of Memphis, where she majors in Political Science and minors in Criminal Justice/Criminology, Legal Thought/ Liberal Arts, and Theater. Between high school and college she worked as a Paralegal Assistant. She currently serves as the Chief Justice of Student Government Association and the Co-Secretary General for the Model United Nations Organization on campus.  Her current writing project is a post-apocalyptic novel as well as a mystery or two in short story format for a plan anthology book.