When I Fell in Love with Writing

I heart writing. I do.

It all started when I was a girl in bare feet and braids. I would climb my backyard cedar tree with my blue unicorn journal in hand. There, I would escape to those fragrant limbs and drop my deepest feelings down on paper. 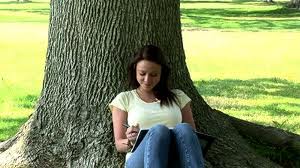 I was a typical first-born child with a self-centered universe, so my earliest entries were about boys and friends and family. Gradually, those thoughts reached farther and deeper. I began writing about war and politics, suicide and abortion, alcoholism and drug abuse. I watched the people in my community and I observed their choices. I wrote about those behaviors and patterns. I questioned everything on those pages, exploring the world around me and processing what I thought about it all.

Then I wrote stories. Fictional tales filled with imaginary characters. I entered worlds far beyond any I had seen. I became a missionary, a soldier, a convict. I wrote from the point-of-view of an old man, a homeless mother, an orphan in the underground tunnels. Inspired by an eclectic mix of authors ranging from Kate Chopin and Judy Blume to John Steinbeck and Harper Lee, I explored the universe of possibility. I discovered the power of infinite creativity and spent more time in my character’s thoughts than I did my own.

Before I knew it, I was no longer writing about boys. I had fallen madly, deeply, passionately in love with writing. I wanted to understand others who weren’t like me. Writing allowed me to walk in their shoes, to think as they thought, to see the world as they did. Writing gave me all the answers to the “what ifs” and “why nots” that plagued my teenage mind.

Today, I still escape into these other worlds every chance I get. Writing, creating, exploring --- this is my fix. It’s how I think. It’s how I navigate the twists and turns of my life. It’s how I feed my artistic hunger.

Now that my first novel (Into the Free) has been released, I am feeling the overwhelming thrill of hearing others talk about my characters as if they really exist. It’s fascinating to hear people discuss this world, these stories, that were plucked from my brain and pressed to a page. 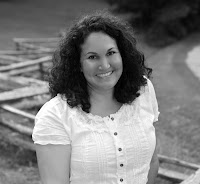 Julie is a sleep-deprived mom of two spunky souls; a wacky wife who tends to burn dinner; a frazzled friend who wishes she had more time for chats; a first-generation organic farmer with dirt on her jeans and hay in her hair; a pal to all things furry; a teacher of students learning English as their second language; a certified speech-language pathologist; a frenzied freelance writer; a voracious volunteer; and – as of February 1 – a newbie novelist.

Email ThisBlogThis!Share to TwitterShare to FacebookShare to Pinterest
Labels: Fall in love with Writing, Into the Free, Julie Cantrell