My Love Story: When Love Floated into my Life 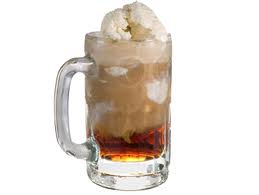 You never know what moment could turn out to be a turning point in your life. For me it was an ordinary Thursday afternoon. Finished with my classes for the day, I had walked to a field nearby for a friendly game of flag football – Baptist seminary students versus Presbyterians. These games were a favorite part of my weekly routine.

This particular game day, the first of the new school year, brought several new faces. After the game, as the gang gathered at Friendly’s for dinner, I sat across from one of the new guys. He ordered a root beer and a root beer float, revealing his whimsical streak. I liked him right off, but I had no idea that in less than two years, I’d be married to him.

At that point in my life, I was struggling mightily with insecurity and depression. Despite my place in seminary and my desire to be part of the presence of God in others’ lives, I couldn’t recognize God’s presence in my own life. I was achingly lonely and afraid of my own imperfections. I had a knack for making bad decisions and my dating relationships, what few there were, tended to be unhealthy. I saw myself as damaged, broken, and defective.

Somehow, the guy with the root beer and the root beer float didn’t see me that way; he saw somebody he wanted to love. And when I realized that (somebody had to point it out to me, actually), the turn in my life that began on the flag football field finished rounding the corner.

Much of what I know about God’s love I learned from “Big Boy” (his affectionate nickname on my blog). He didn’t judge my bad decisions. He didn’t look away in disgust or even get squeamish when I was sick. If he ever noticed my imperfections, he didn’t let on – he certainly never pointed them out. He was comforting. He was generous. He was thoughtful. He was steady. He gave of himself, without making any demands in return. He was a spigot pouring out God’s love in a world that seemed desolate and dry. 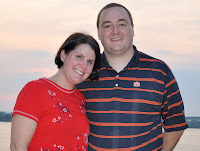 Julie Ball is a professional wife and mother in Memphis, Tennessee. In her spare moments, she is pursuing her call to ministry and her love of writing. Julie shares her life and her thoughts on her blog, Meeting God in Memphis.