An Author to Love


Who doesn’t love a love story? Even guys who demand car chases and explosions in their reading and cinematic excursions like a bit of romantic byplay in the mix. Love has explosive possibilities of its own, amply displayed in works from Anna Karenina to Fatal Attraction. 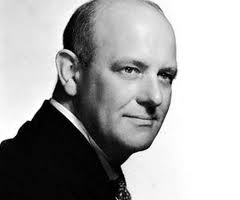 There’s a lot of comedy potential in the perilous course of true love, too, and most lovers of love stories enjoy a good laugh as much as a good cry. If you do, let me introduce you to one of my favorite authors, the great humor writer, P.G. Wodehouse.

Wodehouse, known as “Plum” to friends and family, published a mountain of novels, short stories, plays, and even song lyrics. While he wrote from the early days of the 20th century to his death in the 1970s, his characters live in a world stuck in time, where it is always 1912, or maybe 1925. It’s so hard to tell.

Whenever they are set, Wodehouse plots are rarely lacking in romance. In fact, love makes the Wodehouse world go round, as his characters are constantly pursuing—or occasionally on the run from—tender entanglements.

Plum’s best-known character, Bertie Wooster, who had a complete life support system in his valet, Jeeves, was always finding himself engaged to one ghastly girl or another through no fault of his own. Getting unengaged to the one who read Nietzsche or the one with a laugh like a sergeant-major provided plenty of plot pitfalls.

Then there’s Bingo Little, who was, as Wodehouse puts it, “susceptible.” Poor Bingo fell in love with the merest flutter of a mascara’d eyelash. This landed him in all sorts of sticky situations, from getting sideways with bookies to giving revolutionary speeches under the cover of a fake mustache. 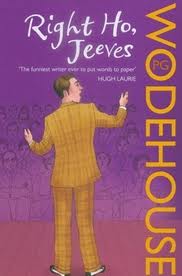 To describe a Wodehouse plot as stark and realistic would be trifling with the truth. They are wonderfully absurd. But the author’s wry and witty style provides real laughter and imbues the whole with good humor. His writing twinkles.

There’s a danger in throwing in a few examples about now. How to pick one or two? I’ll inevitably overlook a favorite. (This sort of narrator hand-wringing goes on a lot in Wodehouse stories.)

How about this description? “It is never difficult to distinguish between a Scotsman with a grievance and a ray of sunshine.” Or this: “It was a harsh, rasping voice, in its timbre not unlike a sawmill.” Or this: “Like so many substantial citizens of America, he had married young and kept on marrying, springing from blonde to blonde like the chamois of the Alps leaping from crag to crag.”

Or perhaps this bit of plot exposition: “It was a confusion of ideas between him and one of the lions he was hunting in Kenya that had caused A. B. Spottsworth to make the obituary column. He thought the lion was dead, and the lion thought it wasn't.”

My Valentine’s Day recommendation—this year, have a little Plum with your champagne and chocolates. 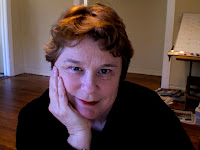 While an office drone by day, after 5 p.m. you'll find Lucy Merrill, freelance writer, blogger, and aspiring novelist, knee-deep in the writing life. Lucy lives in Birmingham, Ala., with a tolerant husband, who rolls his eyes at her only occasionally. She welcomes friends and followers on Facebook, Twitter, and LinkedIn.