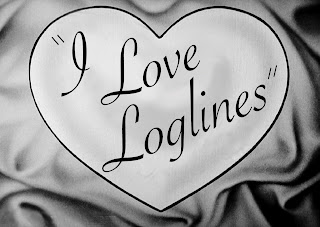 While it’s primarily a screenwriting term, the logline is of great value for every writer. This one-line description captures the concept, main character and main conflict of a story. By reducing the entire movie or novel to its most basic elements, you can quickly see what it’s about and whether you’re interested in it. Think of it as the old TV Guide one-line synopsis.

Since the Oscars were on this weekend, I found it interesting to examine the loglines of the nine Best Picture nominees:

THE ARTIST
A silent movie star struggles during ’s transition to the talkies.

THE DESCENDANTS
A land baron attempts to reconnect with his two daughters after his wife is seriously injured in a boating accident.

EXTREMELY LOUD & INCREDIBLY CLOSE
A nine-year-old searches NYC for the lock that matches a key left behind by his father, who died on 9/11.

THE HELP
An aspiring author during the civil rights movement writes a book detailing the hardships of African-American maids.

HUGO
An orphan who lives in the walls of a train station is wrapped up in a mystery involving his late father and an automaton.

MIDNIGHT IN
A struggling novelist discovers, through midnight walks in , what could be his ultimate writing inspiration.

MONEYBALL
A baseball manager creates a successful baseball team on a budget by using computer-generated analysis to draft his players.

THE TREE OF LIFE
In this impressionistic work, the eldest son of a Midwestern family tries to reconcile with his father while seeking the meaning of life.

WAR HORSE
The extraordinary journey of a horse who inspires the lives of many during WWI.

A good logline – says screenwriter Blake Snyder in his highly entertaining and informative book Save the Cat – is rich with irony. What could be more ironic than a silent film star facing an age of talking pictures? Or a busy executive forced to reconnect emotionally with his family? A white girl writing about racial strife, a sports manager turning a team around with technology, and a frustrated novelist for whom a world of inspiration opens up, all overflow with contrast.

Conflict is essential to keep readers/viewers engaged. As Elizabeth S. Craig reminded us earlier this month in Suite T, we have to give our main character an industrial-sized challenge. Fill your story with the right amount of tension and everyone will stick around to see how the protagonist prevails.

Though the audience themselves may not be orphans trying to solve a mystery, they readily identify with anyone facing a struggle, especially one in which the hero is out of their element.

For your next novel, short story, screenplay or stage drama, break it down into its simplest logline and evaluate its power to hook. Is it rich with irony? Do you find the premise absolutely compelling? More importantly, will your reader?

Get your logline right from the get-go and maybe someday you’ll be sitting next to George Clooney at the Oscars. (Feel free to give your acceptance speech with a foreign accent; that’s pretty popular lately.)