I Love To Bragg On This Author 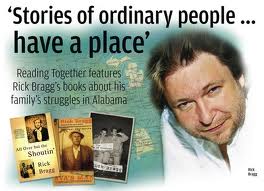 I have lived in southwest Louisiana my whole life, except for the seven years I was in the army and lived other places. I have also been a life-long reader and if I was to guess how many books I’ve read it would probably number in the hundreds. Mind you, I’m not one of those who finish four or five books in a month, but I am an avid reader, always have been. No book has touched me personally like “All Over but the Shoutin’.”

My uncle let my mama borrow it. She then passed it to me. When I next saw my uncle I said, “I can’t put that book down.” He replied of the author, another man named Rick whom he had met at a writing conference, “He’s as country as turnip greens.” The book is “All Over but the Shoutin’,” and the author is none other than the Pulitzer-prize winning writer Rick Bragg.

Although Rick Bragg was born 12 years before me, reading his life story was like reading my own. They were poor; we were poor. Although I don’t think my parents would agree, now that I’m 41, I know it.

He writes about witnessing a Southern Baptist baptism in a creek and the congregation on the banks singing “I’ll Fly Away.” I don’t know how many of those I’ve been to, and that song is burnt in my memory from my tiny country church. It’s my favorite hymnal.

He recounts his older brother Sam running away from his mama when she tried to whip him, and when she caught up to him, she gave him a whippin’ of a lifetime as he yelled for God! My brother Charlie did the same thing one time as my mama straddled him and whipped him good. Some would call it a beatin’, but it was just a good old-fashioned whippin’ he deserved.

He writes about collecting Coke bottles for change. We did that too. He writes about his dad being a drunk, and I remember mama telling the same of her dad. Although I loved my grandpa to death, like most of us, it’s hard for me to imagine he was a drinker in his younger years.

He talked of his mama taking in ironing and cleaning peoples’ houses. My grandma did that too. There are so many parallels to his upbringing in and mine is that I laughed aloud and swallowed hard to prevent myself from crying, which didn’t work at times. They even got commodity cheese like we did. 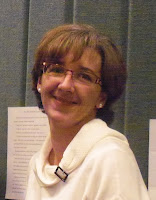 Sherry Perkins is president of Bayou Writers’ Group of Lake Charles, Louisiana,  and has had several articles and photographs published. She resides in DeRidder, Louisiana, with her husband, step-daughter, two cats, a fish, and a ball python named Richard Pryor.  Visit Sherry at www.sherryperkins.blogspot.com