The Gift of a Rich Childhood


I had a glorious childhood. Lots of love, lots of security and homemade everything. Oh, there were hard times, but it was mostly good. Mostly wonderful. Mostly the kind of childhood that can crop up in my writing without making anyone wish I hadn't mentioned that.
My rich childhood offers a wealth of material for my writing. As a matter of fact, one of my biggest problems is too much reminiscing—; too much nostalgia. In my first novel, I had to cut out great chunks of charming stories from my past. Charming may make the reader smile for a moment, but it rarely does much to move the story forward.
Here are just a few of the things I have or would like to use in my fiction:
Dusan and Masha – Although I grew up in a very rural part of WV, we had international neighbors. Dusan was from  and Masha from . We would hear them out in the pasture calling their cattle in one of the seven languages they spoke. Childless, they showered my brothers and me with affection and introduced us to imported chocolate. Every time I saw Dusan he open his arms wide and say in his wonderful accent, “You are even more beautiful than the last time I saw you!” And somewhere in my overwrought teenage heart, a little piece of me believed him.
Laurel Fork United Methodist Church – We attended a church our family had been going to since it was built. We were related to most everyone who came —and on a good Sunday there were maybe twenty of us. There were no children's programs, no nursery. It was just family coming together to praise God. We held Christmas programs blessed with homespun music and Decoration Sundays with field plucked daisies, roses and ferns arranged on the graves of our ancestors. We argued about whether planting by the signs was a sin and drank homemade grape juice at communion. That church wrapped my brothers and me snug in holy love.
Farming – Growing up on a farm was hard work . . . and I sometimes miss it. We weren't overscheduled with lessons and clubs. We didn't text or play video games or watch cable TV. We picked up rocks when dad plowed the garden. We slopped the hogs and gathered eggs. We put up hay every summer. We helped process our food from green beans to ground venison. We went barefoot, caught lightning bugs, swam in Laurel Fork and built hay forts. How could I not want to write about all that?
Of course, not everyone had an idyllic childhood spent on an Appalachian farm. Some had painful, difficult childhoods. No one told them they were beautiful. No one told them Bible stories or gathered flowers with them. They didn’'t grow their own food—; sometimes they didn'’t even know if there would be food.
But the beauty of the writing life is that those of us with idyllic childhoods, those of us who survived nightmares and those of us who fall somewhere in between all have fodder for our stories. Because everything can be turned to good use. No matter what you have experienced, someone else has, too. And I think the core of writing is sharing stories in ways that makes readers say, “Yes. I know about that. And it’'s good that I'’m not the only one.”
_____________________________________ 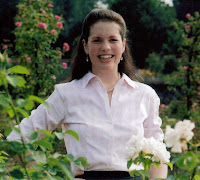 Sarah Loudin Thomas is an aspiring novelist who blogs at www.sarahanneloudinthomas.wordpress.com. A native of West Virginia, she continues to make her home in the Appalachian Mountains, though a bit further south in North Carolina. Her poetry and freelance work has been published in several magazines including Appalachian Heritage and Now & Then: The Appalachian Magazine.