The Gift of Great Art 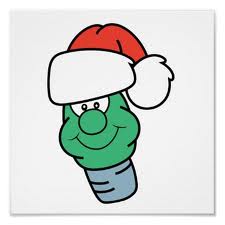 We all know the story of Thomas Edison’s multiple attempts while perfecting the light bulb. It was said that after over 9,000 attempts he remarked he knew over 9,000 ways the light bulb would not work. Shortly after that with more than 10,000 attempts his success is known far and wide. Edison went on to hold 1,093 US Patents. One can only wonder how many times he failed on each of those before success.
The term failure sends chills throughout our being. Yet without it we can never know success. If we had given up our attempts to walk as a child after our first fall where would we be? The same is true for our first attempt at riding a bike, skating or any other endeavor. Hopefully it did not take 10,000 attempts but if it did, so what. We finally succeeded.
We must learn to fail. Failing in itself says we are a success in that we have tried. Another great American invertor Charles Kettering held 186 patents. One which is near and dear to the heart of Southerners is Freon. Kettering said, “It doesn’t matter if you try and try and try again, and fail. It does matter if you try and fail, and fail to try again. We need to teach the highly educated man that it is not a disgrace to fail and that he must analyze every failure to find its cause. He must learn how to fail intelligently, for failing is one of the greatest arts in the world.” Give yourself the gift of the Great Art of Failing. You will get great returns.