The Gift of FREE Marketing 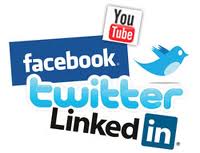 When I think of social media, I hear voices. I hear my mother in law saying that  just because something is packaged in bulk doesn’t mean it’s a bargain. I hear my mother’s voice asking: if Sallie Anne jumped off a cliff, would you?  My twin cousins chant that if God had meant us to fly, He’d have given us wings. I find myself nodding, “And if God had wanted us to tweet . . .”

Last month a couple of my friends queried editors. One friend was told she had no internet presence and the editor was only interested in writers with some kind of following. The other friend received a request to submit her novel, but was told to develop a website and a blog. Two different responses but the same message: an internet presence is crucial.

But what if we don’t have anything to say? To promote? To sell?  It doesn’t matter. If we intend to write and sell books some day, we still need an online presence. Now.

A few years ago, another friend, D.B. Grady, catapulted into the social media blogosphere and popped up on Facebook, Twitter and other sites. At the time, David had one book published by a small press and an article in Boy’s Life to his credit. Yet, he zipped around (virtually) and had great fun. He met many people and made a lot of friends, including an editor with the well known magazine, The Atlantic. David was offered an opportunity to write for their online issue. Doors opened. He got a top of the line agent, and he and his editor wrote a book together. The Hidden Hands, co-authored with Marc Ambinder and published by John Wiley & Sons, Hoboken, will release in 2012.

D.B. Grady says, "Editors, agents, and other writers are very accessible on social networking sites, and chats can often turn into assignments. Some of the best connections I've made in the industry started on Twitter or LinkedIn. It's important to be professional, of course, and to let your words represent the quality of your longer prose. But it's just as important to be natural and friendly -- think cocktail party rather than job interview." 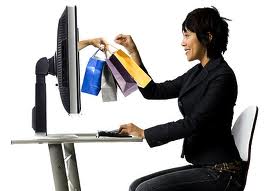 I’ve mulled over social media marketing--examined blogging, twitter and Facebook from all angles and points of view; and while it looks suspiciously like a cliff to me, and even resembles bulk packaging, I’ve pegged it as not much more than building relationships, encouraging others, and participating in conversations with an audience of our choice. If we think of it as something fun to do, we’ll be creating exactly what editors, agents, and publishers want us to create--an online presence.

No matter how intimidating or maddening social media is, the fact that it’s FREE makes it less painful.  More importantly, it might very well be the gift that keeps on giving.  And with it, we will fly!