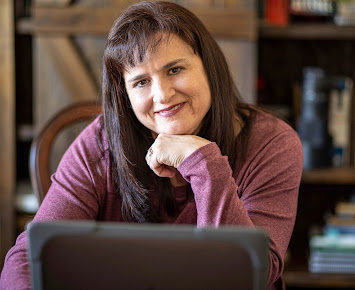 Hi everyone, I want to say thanks for stopping by the Suite T blog. I’m honored to be posting today, so thanks for reading. I get asked a lot about how I got into writing and let’s just say it was a gradual process. I’d always been good at essays in school, and I’d much rather complete an essay test than a multiple choice one, so there was that. But believe it or not, I started writing fiction out of loneliness. Yep, I was lonely, so I decided to talk to the voices in my head! Ha. There’s a writer t-shirt out there that says, “You know you’re a writer when: You’d rather talk to the voices in your head than the person next to you.”


It's a joke, but it’s true, nonetheless. When I was first married (December 1996), my husband traveled a lot with his job. That meant I was home alone with time on my hands. I was a voracious reader and devoured books. And, I’ll admit, there were some stories that had me wanting. . .more. I’d think, “I wouldn’t have ended it that way, I would have done. . .such and so. . .etc.” Any time I mentioned that to my friends and fellow book nerds, they would say, “You should write a book!” So, with all this time on my hands, you would think that this would be when I started writing, but nope. I waited until my daughter (born in 1998) was about nine months old before I thought, “Hey, I should try this writing a book thing.” 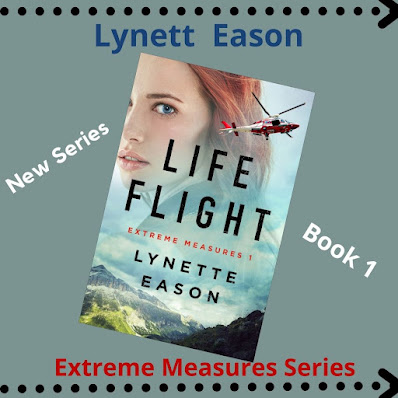 So, that’s what I did. One thing led to another and about eight years later, I found myself with a book contract. I’m laughing because that makes it sound easy but let me assure you that in between those eight years, I worked hard. I attended conferences where I learned from those who were years ahead of me in the process, invested in a few writing books, found a local community of writers who were willing to give me feedback and critiques, and more.


Like I said, it was hard work. So, why didn’t I give up? Well, I have to be honest, I thought about it a few times. And there were even times, months, that I didn’t give writing a thought. I added a second child into the mix of things in 2001 and truly, some days, there just weren’t enough hours to get it all done-much less devoting any amount of time to writing about a made-up world and with made up characters. It was all I could do to keep control of my current reality. Ha. But writing was something that I found myself drawn to. I’d forget about it for a while, then when I had time, I would return to the story world, delving into things like setting, point of view, characters, and plot.
In 2002, I attended my first writing conference. My mother came to keep my children who were 4 and 18 months at the time (God bless her!) and allowed me to have 4.5 days of nothing but learning the craft of writing. After that conference, I was addicted. I couldn’t get enough of it. I was fascinated that I could create a world, a whole cast of people—and make them do what I wanted them to do. It’s a real control freak playground. LOL! Honestly, I looked at writing like a puzzle. All I had to do was find the right piece, the right place and put it there. It was the same with writing. I would write something then analyze it. Was that the right sentence, the right word, the right point of view, the right scene, the right setting? Then I’d rip it apart and put it all back together again. Until one day, every piece was where it was supposed to go, and I had a story. At least until edits rolled around. But that’s another story for another day.

So, why share this with you? Because some of you reading this may be on the verge of quitting. Thoughts like, “I’m not good enough.” “That writer’s first book was published. I’m on my third and still not published.” “This is just too hard. I can’t do this.” “I’ve read that story and mine is way better. Why is that book published and mine isn’t?”

All those thoughts are valid. We’ve all had them. But the truth is, so many factors play into a book getting published that just because you got a rejection letter, doesn’t mean your story isn’t worthy. It may just mean that it’s not the right timing for that particular topic because they just published one on it. Or they’re booked solid for the next two years on Romantic Suspense stories. Whatever the case, if writing is your calling, then you must do your best to silence the negativity and press on. Because eventually, if you’ve put in the work and have learned the craft, then in God’s timing, it’s highly likely that a publisher is going to say, “We would like to publish your book.” However, getting to that point is definitely difficult, but never impossible. I encourage you to surround yourself with fellow writers and support people who will speak truth to you and encourage you to fight for your dreams.

Life Flight, book 1 in the new Extreme Measures series, is the end result of everything I’ve just talked about. It can happen for you, too. Work hard, believe in yourself, pray about God’s timing, and buckle your seatbelt in preparation for an incredible ride. 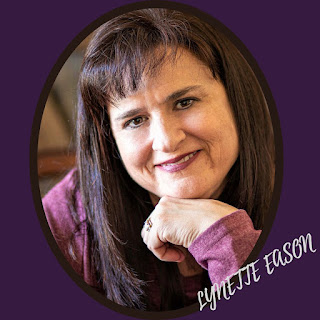 Lynette Eason has been ranked as one of the top romantic suspense authors. With over 40 books in print and more than 1 million copies sold, Eason has mastered the craft of writing action-packed suspense novels with the perfect touch of romance. In Life Flight, book 1 in the Extreme Measures series, Eason offers another high-octane tale of close calls, narrow escapes, and a fight to bring a nefarious criminal to justice.
Lynette Eason is the bestselling author of the Danger Never Sleeps, Blue Justice, Women of Justice, Deadly Reunions, Hidden Identity, and Elite Guardians series. She is the winner of three ACFW Carol Awards, the Selah Award, and the Inspirational Reader’s Choice Award, among others. She is a graduate of the University of South Carolina and has a master’s degree in education from Converse College. Eason lives in South Carolina with her husband and two children.
Learn more at www.lynetteeason.com.