Remembering When It Began 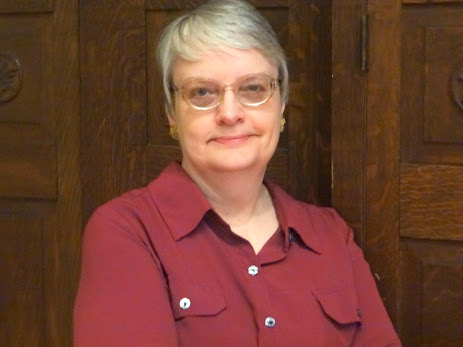 Telling stories and writing them down began at an early age for me.

The first story I can remember writing was entitled The Tale of the Holy Sole. It was for a 4th-grade creative writing assignment. And no, Sole is not misspelled. You see, this little story was about a worn-out shoe and his journey through life after being tossed out by his owner. Let’s just say he was a happy shoe at the conclusion of the story when he met a snappy stiletto on the shelf of the local Good Will Store. By the way, I was thrilled when my teacher gave it an A+.

When I proudly took my story home, my mother read it and immediately asked where I had come up with the idea for the story? I remember shrugging my shoulders and telling her I didn’t know. It was just there—in my head.

So basically, I’ve written stories most of my life. Even after marrying my wonderful husband of now 46 years, and while raising a family, I still wrote down my stories, and every now and then would send them out to a publisher in the hopes I would get my “big break.”

In 2001 I was excited to finally publish one of my books—The Dove and The Raven—as a PDF Book. This was LONG before the days of eBook readers like Nook and Kindle. Back then, you had to download the books directly to your computer and print them off for reading or read them on your computer monitor. I sold about a dozen and a half book before the .com company went out of business. Apparently, we were ahead of our time.

I continued to pursue getting my work published, though, but other than for selling a few articles to a local news magazine, had little success.

Then in 2004, I sent my newest manuscript, Endless Season, to a managing editor for one of the large Christian publishers at that time. I had previously sent him the manuscript for The Dove and The Raven, and even though they hadn’t been interested in it, he had generously offered the opportunity to send him more of my work in the future.

I wasn’t surprised when I didn’t hear anything back from Jim for a long time. But when a year had passed, I decided to shoot him an email—just to ask if he’d had time to look over my manuscript. Jim was gracious enough to tell me how much he liked my book and explained why. Then he proceeded to say the dreaded words: “Unfortunately, it doesn’t fit with what we are looking for at this time.”

Filled with disappointment, I decided right then and there that it was time to give up. It was apparent God didn’t want me to write. No publisher wanted to publish any of it, so I was just wasting my time. So, I quit! For five years, I didn’t write a thing.

Looking back at it now, I think God was teaching me patience, wisdom, and discernment. During that time, I had no storylines running through my head like I usually do. It was as if God was giving my brain a rest.

Then in late 2010, my husband bought me a Kindle e-reader. Now, this wasn’t the Kindle Fire or the newest Kindle Fire HD. This was the first version which was pretty much meant for reading books. My daughter-in-law had one, and I was fascinated with its ability to store so many books.

That was when I decided to try the Indie route myself. Maybe someone out there would enjoy reading my books.

I’ve now published twenty-two Christian novels and a cookbook and have loyal readers and fans worldwide.

My most recent Christian novel, Harper’s Hollers, is Book 2 in my Tennessee Christian Romances series. I enjoyed writing Marcie’s Mountains so much that when Harper’s storyline started running through my head one day, I knew I had to write it. 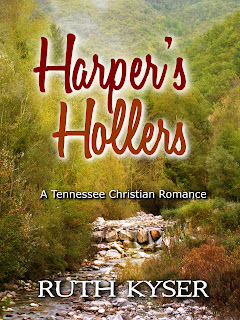 After her husband’s death, Harper Sinclair returns to the hills and hollows of her childhood—hoping to find peace and to start a new life. That, and to be closer to her father, whose health is failing.

She goes to work for Dean McRae and his log restoration business, and it’s there she meets Gordie Gordon—a man who has suffered his own losses. Will God bring them together as more than friends—or will circumstances beyond their control keep them apart?

Harper’s Hollers is a heartfelt story filled with people you will come to know and love.

The “Indie” route isn’t always easy, but I’m so glad I went this route. I’m still learning about the publishing process every day. It’s a constant struggle to try and stay on top of new technology, and I so appreciate the opportunity to network with other authors and get their input on the industry. I don’t think I’ll ever learn it all, which is fine with me. I love a challenge.

Why did I have to go through that dry spell so many years ago? Who knows? Maybe I had to wait for technology to catch up with me. Perhaps I wasn’t ready to accept the gift of writing.

I just know that I’m much happier now that I’m back to writing and not ignoring the gift God has given me—the passion for the written word. 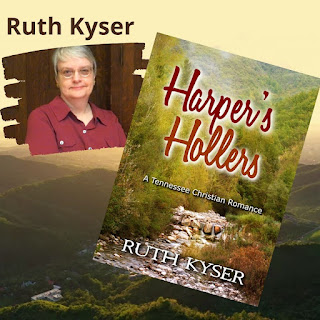 Ruth Kyser is a native Michigander—wife, mother, and grandmother, and just recently great-grandmother—who writes Christian Inspirational Romance. Ruth has had a wide variety of careers in her lifetime, ranging from corporate accounting, office manager at a YMCA Summer Camp for kids, owning and operating a hardware store with her husband, to being an insurance agent for twenty years.

She is currently retired—for the second time—after working part-time as a church secretary for three years. Now she devotes her time to writing Christian novels full-time.

Ruth is a member of American Christian Fiction Writers and enjoys reading almost as much as she loves writing!

Ruth's Mission Statement: "My goal is to write stories that entertain, but more importantly, educate readers about Jesus Christ and His love for them."