The Birth of Penelope Pumpernickel 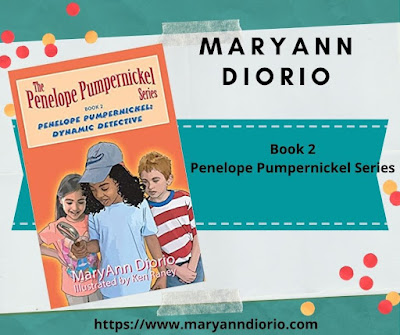 It all started about 20 years ago. I was browsing through the children's section of my local bookstore and discovered a book about Jesus. Delighted to see such a book in a secular bookstore, I opened it and began to read. What I read literally caused me to weep.

The book did not present Jesus Christ as true God and Savior of the world. Instead, it presented Jesus as simply a good teacher among many other good teachers, like Buddha, Mohammed, and Hare Krishna. With broken heart, I closed the book and vowed to write a children's book presenting the truth about Jesus Christ.

Immediately after my bookstore visit, I went home and began to write Who Is Jesus?, eventually published as a picture book in 2014. That book launched my career as a children's writer. Who Is Jesus? was followed by seven other books for children, all of which seek to promote the truth about life as taught in God's Word.

The latest of these books is a series of chapter books for children aged six to ten years old, titled The Penelope Pumpernickel Series of Chapter Books for Children. Targeted to early and reluctant readers, this series features eight-year-old protagonist Penelope Pumpernickel, a feisty little girl with a heart of gold, a propensity for adventure, and a character that wants to obey God despite her many temptations against doing so.

As in the situation with Who Is Jesus?, The Penelope Pumpernickel Series came about as a result of my exploration of current children's literature. What I found was a major dearth of books written from a Biblical worldview. Indeed, books reflecting a Biblical worldview were few and far between.

Instead, far too many of the current children's books I read reflected the decline--and depravity--of our current culture. They presented worldly philosophies blatantly contrary to the Holy Scriptures--philosophies steeped in humanism and selfism.

And again, I did something to change the situation. I decided to create a series of chapter books for early readers in which the Biblical worldview is paramount and upheld throughout. I wanted to create a character who struggled with the same issues with which other children struggle, but who depends on the Holy Spirit of Jesus Christ to guide her decisions and her actions.

And so was born Penelope Pumpernickel.

Truth be told, Penelope had been roaming around in my mind for many years, but I wasn't sure how God wanted to use her. After my research into current children's books. I knew that God wanted Penelope to serve as an example of courage to young children to choose righteousness in the face of temptation simply because it is the right thing to do.


In this entertaining, exciting, and humorous adventure series, Penelope Pumpernickel takes on Grandville Ungerleider (Grandy, for short), fellow homeschool student who symbolizes compromise with the world. But by speaking the truth in love to Grandy, Penelope points him to Jesus Christ, the One Who loves Grandy and will give him the grace to choose good over evil every single time.


Six books are planned for the entire series. Summaries of the two books available thus far follow below:

In Book One, titled Penelope Pumpernickel: Precocious Problem-Solver, Penelope Pumpernickel (Penny Pump, for short) runs into a big problem. His name is Grandville Ungerleider (Grandy, for short). Grandy wants to be Penny's friend, but he has a strange way of letting her know. Maybe his father's recent death has something to do with it.

Penny's sidekick and best-friend-forever, Matilda Mendoza (Tilly, for short), offers Penelope some good suggestions about what to do with Grandy. Tilly is the "Queen of Ideas."


When Grandy disrupts the Homeschool Consortium with his crazy antics, Penelope must find a way to solve the big problems he causes.


In this first book of this funny, adventure-packed series, Penelope learns that no matter how big a problem one faces, there is always a way to solve it with God's help.

In Book Two, titled Penelope Pumpernickel: Dynamic Detective, Penelope has another encounter with homeschool trouble-maker Grandville Ungerleider. Grandy says he has discovered a treasure chest in the basement of the church where their Homeschool Consortium meets every Thursday. But is Grandy telling the truth? How can Penelope find out? Students are forbidden to go down to the basement.

And then there's the case of the missing maps. Who stole them and why?

Book Two provides another exciting adventure as Detective Penelope solves another homeschool mystery. In this second of the delightful Penelope Pumpernickel Series of chapter books for six-to-ten-year-old children, Penelope learns that no matter how hard it is to do right, doing right is always the right thing to do.

Why should children read the Penelope Pumpernickel books? Here are a few reasons:

1. They are entertaining and fun.
2. Their page-turning adventures motivate early and reluctant readers to read.
3. They build character by presenting a child protagonist who faces normal temptations--like the temptation to lie or steal--and show how choosing good over evil always results in blessing and how choosing evil over good does not.
4. They are thoroughly based on the Word of God and present a solid, Biblical worldview.

It is my heartfelt hope that the Penelope Pumpernickel series will serve as a major influence in raising up a generation of children who love God, who are not afraid to proclaim Truth, and who will point others to Jesus Christ, the Only Savior of the world.

In so doing, they "will rebuild what has long been in ruins, building again on the old foundations" of righteousness and truth. They "will be known as the people who rebuilt the walls, who restored the ruined houses" (Isaiah 58: 12).

And then, perhaps, good will once again prevail in the land. 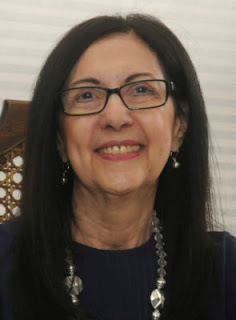 MaryAnn Diorio is a widely published, award-winning author of books for children and adults. A former university professor of Romance languages and Writing Fiction for Children, she holds the PhD in French and the MFA in Writing Popular Fiction. MaryAnn resides in New Jersey with her husband of 51 years, a retired ER physician. They are blessed with two amazing daughters, a very smart son-in-law, and six rambunctious grandchildren. In her spare time, MaryAnn loves to paint in oils and acrylics, to play the piano and mandolin, and to make up silly songs with her grandchildren. You can learn more about MaryAnn at https://www.maryanndiorio.com.