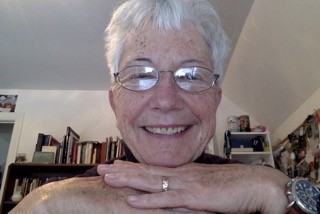 I have a long-time friend, who in the height of her career was a well-known and highly regarded fashion illustrator. She and I compare notes frequently on techniques for each of our crafts. She wants to write poetry, but I really want to steal some of her ideas. One of my techniques she often brings up is my use of white space. She is intrigued as white space is an essential tool for the artist. I like to think of my white space as an insertion of “pause.” She uses the space more for defining her intended subject. She uses white pigment to create white space while my “writing canvas” is simply left blank.

In some works of art, the artist has created pathos or chaos or poignancy. Think of Van Gogh or

Cezanne. In paintings the artist has a number of ways for expression to not only get a viewer’s attention, but also to invoke an emotional commitment. Since we can’t “write” with colors, texture, or perspective, we must use words to present the same effect. In past columns, I’ve mentioned metaphor and simile as tools. But it all comes down to language. For example, how would you describe a southern mansion, abandoned, in shadows of live oak and Spanish moss? Your decision might be influenced by what emotions you wanted to bring out. Do you want this mansion to be creepy? Or do you want it to be sad? How would you put each into words for a poem?

So, in all this, I’m suggesting that you write as a painter would. Moss, for instance, has a muted green color that is anything but vivid. How does it hang from the trees? Do breezes move the moss in a certain way? Look at the live oak branches. How do they appear? Stately? Forlorn?

Or maybe the branches are still and waiting. As I drive up to this mansion, I see sheer cotton curtains emerge from windows like little thin translucent ghosts escaping the heat.

My friend created an illustration for a play based on my Needville poetry book. It was a coal miner standing in front of a cart of coal. He held a pickaxe on his shoulder. His look was one of stern conviction and accomplishment. I wrote about him in my book that he had to always put on a brave front for his family. Art can give us many ideas to choose from in our writing.

Here is an exercise to consider: Find an illustration and see what you can write about it as a poem. Study it for details that might normally be missed. Your topic might not even have anything to do with the art, but for one little, small detail.

In all your writing, have fun. Write to the end of the page and wrap it around the edge. Like an infinity canvas. A key word or line around the edge could be an interesting surprise. 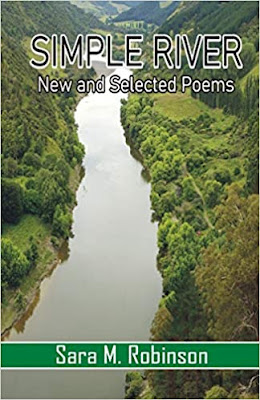